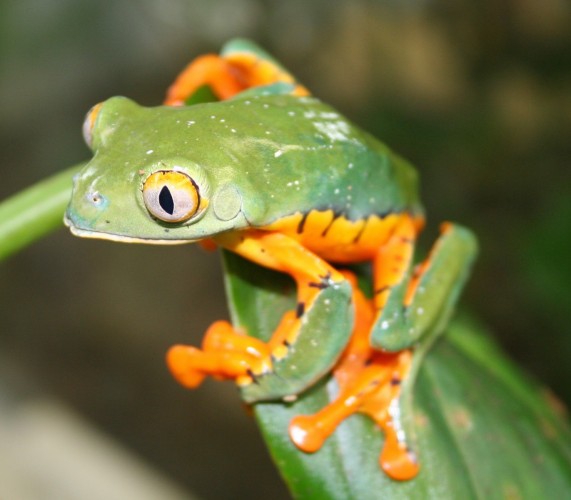 One of the world’s most spectacular frogs has been identified as a new species after 20 years of painstaking research at The University of Manchester.

The large colourful tree frog has remained under the radar of zoologists for almost 100 years.

The discovery has highlighted that the original Splendid Tree Frog, first collected in 1902, remains much rarer than anyone ever realized and could face complete extinction in the near future.

Less than 50 specimens are known of that species and less than 150 specimens of Sylvia’s Tree Frog are recorded.Gray officially describes the frog as a separate species in the top zoological journal, Zootaxa.

He has worked extensively with this unusual group of frogs from Central and South America, both in the wild and in the live amphibian collection at Manchester Museum.

Genetic and biochemical work carried out at The University of Manchester’s Faculty of Biology, Medicine and Health was instrumental in the findings.

The scientist at the University combined the unique characteristics of the Central American frog with skin peptide profiling and a genetic assessment.

And that, says Gray, clearly identified the distinctiveness of the new species, which is in fact more closely related to another unusual South American species than the original Splendid Tree Frog.

He said: “It’s remarkable that such a distinctive new species has remained undetected for such a long time.

“However, more importantly, this work highlights that an assessment of the conservation needs for each species is urgently required to ensure these amazing creatures are still around in another 100 years”.

Esme Ward, Director of Manchester Museum, added “It’s a real privilege to be maintaining such rare frogs in our collection and supporting amphibian conservation around the planet.

“This multi-disciplined research highlights the importance of museum collections, where both live and historical specimens are aiding current taxonomy to make a real difference in shaping the future of wildlife conservation.”