Event guide and ticketing outlet Skiddle, this week celebrates a whopping 19 million ticket sales as it hits the 20 year anniversary of its launch.

Since Skiddle began, the business has reached over £300m in gross revenue from ticket sales, with a large portion of this within the last five years. Despite the pandemic, the company which started in Lancashire has reported a growth/steady business, with a 30% rise in ticket sales since February this year.

Starting as a what’s on guide in 2001, Skiddle began selling tickets to events five years later (2006) paving the way for online ticket sales as users shifted to digital platforms. In the last two decades, over 140k promoters used Skiddle to list more than 979,000 unique events, and Skiddle is now the leading Ticket Sales, Clubs Listings, Events & What’s On Guide website in the UK, with established offices in London, Lancashire and Liverpool.

The ticket sales and what’s on guide continues to grow and has now increased its portfolio of events to include new genres including Food & Drink, Sport, Comedy, Theatre and Family events.

This month Skiddle also celebrates its 10,000 customer review mark, all while maintaining high star ratings by keeping a customer first perspective, particularly impressive in a year that saw masses of events cancelled, and many disappointed customers.

As well as its commercial growth, Skiddle has also been working to raise funds for Macmillan Cancer Support and has almost raised £300k for the charity through ticket sales and special events.

Richard Dyer, Co-founder of Skiddle said, “It’s amazing to think that in the same year that brought us iTunes, Wikipedia and the Game Boy Advance, myself and Ben (relative strangers to each other at the time) were excited to launch Skiddle, in a tacky nightclub in Preston, with Paul Bleasdale on the decks. 20 years on and what a journey! So many great stories to tell and friendships made. We are so lucky to have had the support of event promoters up and down the country and millions of fantastic customers.

As confidence grows in the future and putting the horrendous year and a bit behind us, we are excited to be building our workforce, partnering with new events and offering an even wider selection of events for our customers. The next few months and years are an exciting time for the event industry and it’s great to think about the role that all of us at Skiddle play in people having fantastic days and nights out.”

Skiddle is a primary ticket outlet, offering promoters a full ticketing service with the latest technology through its Promotion Centre. There are a huge number of solutions for customers choosing the ticketing outlet, allowing promoters to list tickets to events via the Skiddle website, via their own websites or selling out events via white labelled box offices.

As a company built by fans, the Skiddle team places live events lovers at the heart of everything they do, and continuously grows its tech to make events more accessible to audiences. Last week the brand announced that it had taken the proactive measure to block e-ticket downloads from its website until 24 hours before an event in a bid to stop the rising issue of ticket touting. Skiddle now releases tickets as short as 24 hours before an event in its bid to combat the unauthorised duplication of tickets, and to prevent both fans and promoters being left disappointed or out of pocket.

To celebrate its anniversary, Skiddle has just launched its newest marketing campaign placing customer tweets at the centre of the brand’s promotion. As events open up again the business is using its hugely positive customer feedback from the last few months as the creative for its new campaign, leveraging its happy customers as brand advocates by sharing their honest reviews. As well as digital advertising, Skiddle has also taken out a number of billboards across Manchester, Liverpool and London.

More information on Skiddle can be found here. 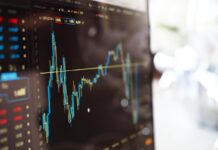 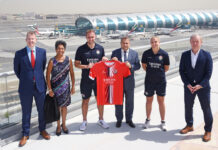 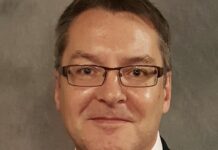