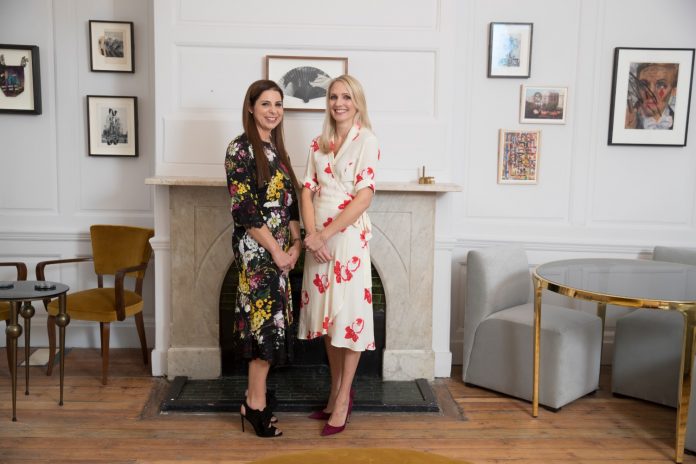 An Academy designed to help women run successful businesses, smash corporate glass ceilings and build ‘work sisterhoods’ is inviting entrepreneurs and executives across the North West to sign up for its free 10-week program.

Over 3,000 women have already signed up for the digital UK Academy, which is supported by regional in-person networking groups run by local ambassador volunteers – such as Board Director and Co-Founder of @MapClubMcr, Danielle Haugedal-Wilson, and CEO Donna Chapman, who will be coordinating ‘work sisterhood’ meet-ups in Manchester.

AllBright Academy partner, Harvey Nichols, will be providing the venue for Manchester meet-ups in its city centre store, as well as playing host to work sisterhood networking in their Bristol, Leeds, London and Edinburgh stores.

Deb Bee, Group Marketing & Creative Director, Harvey Nichols said: ‘We’re thrilled to be working with The AllBright Academy to help women succeed in business and smash glass ceilings. The alignment between Harvey Nichols and AllBright could not be a better fit as both businesses are committed to celebrating and empowering women. The free Academy program is a fabulous idea and we’re excited to be hosting in our stores across the country.”

In a recent survey of UK women commissioned by AllBright [1], 15% of those questioned in the North West said they wanted to start their own business or become self-employed within a year, with a further 12% undecided about taking an entrepreneurial leap.

Nicola Mendelsohn offers lessons in boosting confidence in her Academy tutorial: “A quarter of the women we have talked to at Facebook who said they wanted to start their own business said their own lack of confidence held them back. We need to do something to help these women. My advice is to make sure you surround yourself with people who can really be there for you. The way I’ve done this is my life is almost to have a ‘board of directors’ for me in my career. In the early days, this board was mainly family and friends. As I’ve got more senior, I’ve thought more deliberately about the people I can seek out to be my mentors and advisors.”

Helping women to build a professional support network for each other – a ‘work sisterhood’ – is a key part of the Academy program. Over half (53%) of the women surveyed in the North West as part of AllBright’s nationwide research said they had at least one ‘work sister’ they turned to for professional support; and 17% said having a work sisterhood had made them more successful or changed their career direction for the better.

Named after the former USA Secretary of State, Madeline Albright, who famously said ‘There’s a special place in hell for women who don’t help other women’, The AllBright Academy is part of AllBright, an organisation set up by serial entrepreneur Debbie Wosskow OBE and former CEO of Hearst UK, Anna Jones, to help women build the skills, confidence and connections they need to super-charge their careers. The pair have opened the UK’s first women-only members’ club for working women in London and also run a monthly Pitch Series for female founders across the country to connect with potential investors.

To apply for the AllBright Academy visit www.allbrightcollective.com/about-academy/

Don’t delay says the CBI-Invest in skills, innovation and infrastructure to rebuild the economy