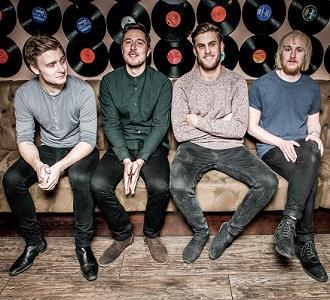 Festival season is just around the corner and the buzz of live music and local talent is returning to Wigan at Haigh Woodland Park this June!

A panel of three judges narrowed down over 50 bands and artists to create six exciting sets for the much anticipated return to Haigh Fest’s roots, kicking off with Ashton band and Haigh Fest regulars SecondSon, with the Lines, The Quaintest Show on Earth, The Stetsons Electric and Inside View all performing before headliners the Relays close the show.

The Lines ,Cool and confident, these indie rockers from Billinge come with pedigree, having worked with Wigan music legend John Kettle.

The Quaintest Show on Earth, Born entertainers and masters of the ukulele… folk will love it!

The Stetsons Electric, The definition of rock and roll with a modern, almost punk-pop undertone and witty lyrics!

The Relays, Crisp and sharp sounds ready to release new material to their ‘legendary home crowd’.

Tickets are on sale now from the Inspiring healthy lifestyles Box Office or by calling 01942 828508. Tickets are limited with a capacity of 1,400 in the events space near the Kitchen Courtyard.

This week at Bury’s Met