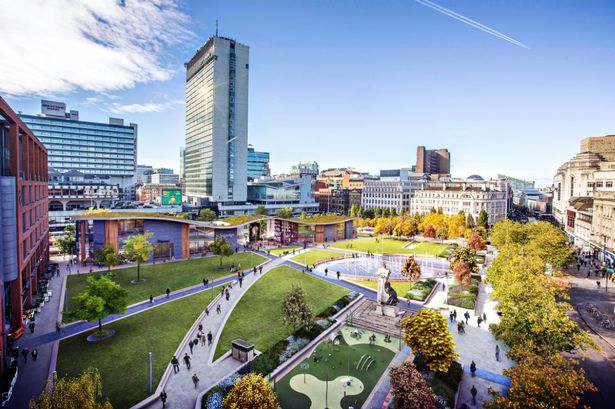 Six design teams have been chosen to move forward to the next stage of an international design competition to create a world class space in the area centred around Piccadilly Gardens.

The initial stage of the competition, which attracted 10 entrants, invited expressions of interest to enable entrants’ credentials and experience to be assessed. The six shortlisted teams will now be asked to develop detailed concept designs setting out their ideas.

The teams will now have until autumn to bring forward their design proposals. The successful design team will be appointed in 2023 to further develop the design with the Council ahead of the appointment of a contractor to carry out the work.

The design brief envisages that Piccadilly will be a special place with a strong sense of identity, welcoming and uniquely Mancunian and allowing for the flexible hosting of events: A place for all, incorporating space where children can play, and one that is fully accessible.

The brief recognises that it is important to the people of Manchester to retain a green space in the centre of the city. It calls for planting to encourage biodiversity and improve air quality in line with the Council’s wider environmental goals, while recognising that this may need to be rationalised to provide a flexible space which tens of thousands of people walk through every day.

There is a longer term aspiration to relocate existing Parker Street bus services if improved alternatives can be found.

The estimated construction cost for the project is £25m.

Council Leader Councillor Bev Craig said: “The area centred around Piccadilly Gardens has the potential to be an outstanding public space where people actively want to spend time, not just hurry through. It can be a more welcoming gateway to the city, as well as a flexible and family-friendly events space.

“We know it isn’t fulfilling that role at the moment and are looking to bring forward design proposals which will herald significant improvements. The shortlisting of these six design teams brings us another step closer to realising that ambition.”

To the White House via Manchester for Irish Premier