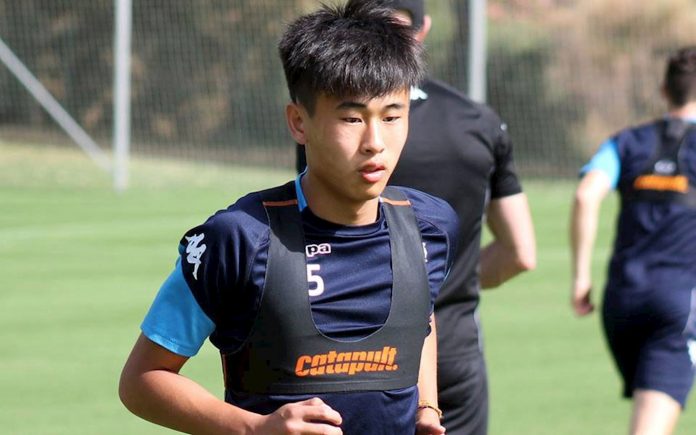 Hong Kong born Tsun Dai has been rewarded with a three-year contract at Bury after impressing during the Shakers pre-season.

Tsun arrived in the UK aged just 11 years old and quickly became known as a youngster with a talent in the South of England.

The Shakers Scouting system soon saw Tsun in action and he was brought to the North West to be handed a scholarship with the Shakers Academy system.

Progress was quick for Tsun and he soon became a regular for the Youth Team.

During that two year scholarship, he again continued to progress, to such a point that he was offered his first professional contract with the club at the end of last season.

Now a dual nationality passport holder, Tsun has impressed manager Lee Clark so much that his original deal has been torn up, with a new three-year contract quickly snapped up by Dai.