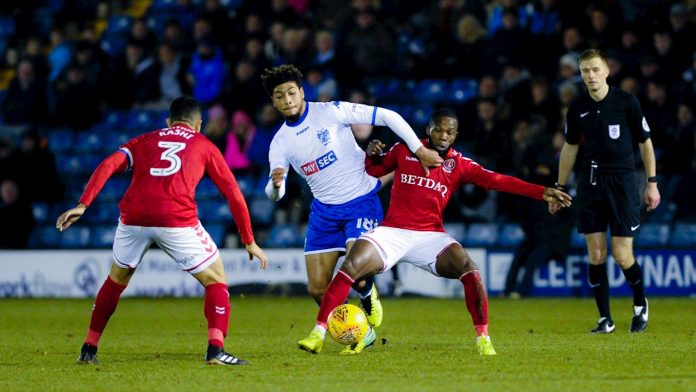 A goal in each half for hosts Brentford ensured that BoltonWanderers suffered their first defeat in the league since Boxing Day down at Griffin Park on Saturday afternoon.

Florian Jozefzoon opened the scoring just before the break for the Bees while despite Bolton’s best efforts to force a leveller during the remainder of the match, Neal Maupay’s strike on the stroke of full time ensured that the Whites left the capital empty handed.

Manager Phil Parkinson described it as a frustrating afternoon,

“I felt that we did enough to get something from the game. I thought we started great and our two wide players were terrific – at times, they were too much for their full-backs to handle.”

Wigan Athletic extended their unbeaten run in all competitions to 12 games as they played out a goalless draw against Peterborough United at the DW Stadium .

“If I was to just look at the performance, I was reasonably happy with how we controlled the first half and I was very disappointed to go in 1-1 at half-time,” said Hill.

“We had chances in the second half to at least carry something away from the game but it’s inexplainable at times how we self-implode a little bit, not for 95 minutes, but for small periods during that 95 minutes.

Andy Cannon had given Dale the lead with a fine left foot effort, but Bradley Garmston levelled just before the break after a powerful effort from outside the area.

Lee Martin’s second half strike sealed the three points, pouncing on a deflected cross with a well taken volley.

Bury’s bad set of results continued with a disappointing 1-0 defeat to Charlton Athletic, as Mark Marshall’s second-half winner was enough to secure all three points for Karl Robinson’s side in a game that would be boss Chris Lucketti’s last game in charge and leave the Shakers twelve points adrift at the bottom of League One.

Oldham Manager Richie Wellens felt his side had more than enough chances to beat Rotherham United .

Ryan Williams gave Rotherham United the lead early in the game but Craig Davies’ free kick on the half hour mark levelled the scoreline.

“If we would have got that final pass right today then we could have won the game.” said Wellens