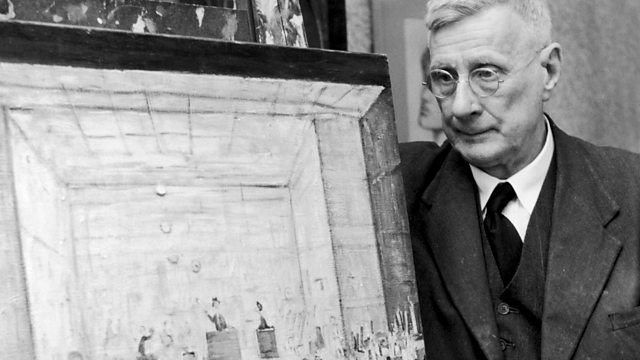 Timothy Spall and Vanessa Redgrave will head the cast of the film which examines the relationship between the painter  and his mother, Elizabeth.

it will be directed by Adrain Noble, former head of the Royal Shakespeare Company, the film will shoot from mid-January in Greater Manchester and London.

Lowry lived all his life with an overbearing, bedridden and depressed mother. He spent his days as a rent collector and his evenings at art classes, undeterred by his antagonistic mother’s criticism.

Indeed while his disdainful mother beame the ultimate obstacle to his success, she is the very reason Lowry paints anything at all, desperate to create something, anything, which will make her happy.

The film started life as a play earlier this decade by Martyn Hesford set in Pendlebury in 1934 when Lowry, 47, was a rent collector forever being passed over for promotion and having to pay off the debts his father left when he died — which meant Laurie and his mother had to move from middle-class Stretford to the less salubrious Salford.  Lowry’s only escape was upstairs to an attic where he painted long into the night.

“What I adored about it was that it had a simplicity that, until you actually read it properly and understand it, looks very simple … imparted like [Lowry’s] painting through sense of feeling, understanding and atmosphere through two people. I do paint a little bit [in the film]. It’s mainly about his relationship with his mother and how that influenced his work … he was an only child. He didn’t have a wife or any lover. It’s about this very unusual close relationship … how that informed his work and how that work happened late in his life.”

Video-witnessed wills to be made legal during coronavirus pandemic