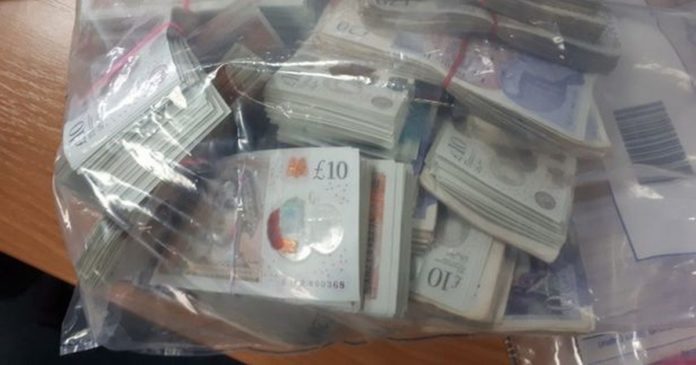 The raids were carried out in Bury, Ashton, Heywood and Doncaster, South Yorkshire.

What is initially thought to be several kilograms of controlled drugs and more than £20,000 in cash has been recovered today.

Detective Inspector Lee Griffin, of GMP’s Serious Organised Crime Group, said: “At present we have people in custody as part of an ongoing investigation into the organised distribution of controlled drugs. To date, this operation has recovered over £2 million worth of controlled drugs, over £300,000 in cash and an illegally held firearm.

“I would like to thank the teams here in Manchester and the South Yorkshire teams in Doncaster under Operation Fortify who have worked tirelessly in order to bring a sophisticated and audacious group of offenders to the attention of the criminal justice system.

“The supply of illegal drugs blights communities and destroys people’s livelihoods; and I hope that today’s action demonstrates to the local community that we continue to do all we can to target those who profit from other’s vulnerabilities.

“However, we cannot do this alone and I would appeal directly to the community and those most affected to please come forward with any information that could assist us tackle those engaged in serious and organised crimes.”

On the anniversary of the brutal attack on Eileen, police are still trying to...