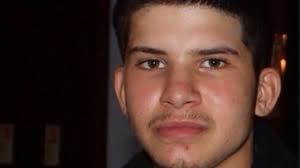 Eleven people have been convicted after Abdul Hafidah was murdered in Moss Side in May 2016.

Seven were convicted of murder and three of manslaughter with a fourth person pleading guilt to manslaughter.

Eighteen year old  Abdul Hafidah was chased by a group of ten people  from Princess Parkway and onto Moss Lane East, where they attacked him, one with a hammer on the 12th May 2016.

After a considerable chase where Abdul was clearly exhausted, he was finally incapacitated after Williams drove his Vauxhall Corsa at him, knocking him to the ground.Once on the floor, Abdul was viciously attacked by the group with punches, kicks and stamps.The group then ran away in the direction of Quinney Crescent where the Corsa was waiting.

Witnesses called an ambulance for Abdul, but he sadly died in hospital two days later.A Home Office post mortem concluded that he died from two stab wounds to the neck and also had injuries to his head.

Detective Chief Inspector Terry Crompton of GMP’s Major Incident Team said: “Abdul Hafidah lost his life under such tragic circumstances. A family have lost their son and have been put through a tremendous amount of heartache.This is a tragedy for everyone involved; the parents of the young men jailed today have also lost their sons.Moss Side is a supportive and close-knit community; incidents like this do not represent the majority of the community.

“I hope that today’s convictions show that with violence and knife crime there are no winners, and we need to stand together as a community to ensure incidents like this one don’t happen ever again.”

Abdul Hafidah’s family has paid tribute to him: “Abdulwahab was a loving son, brother and uncle.He was selfless, putting everyone before himself. He cherished the good times he spent with his family and friends and was always smiling and laughing. Abdulwahab started each day by greeting his mother and father with a kiss on their foreheads.

“On the morning of 12 May 2016, Abdulwahab’s parents were away on holiday when they received their last message from him which read “mum and dad I love you”. He sent this without knowledge it would be for the last time.

“Abdulwahab did not die as a result of accident or ill health; he was hunted down, attacked and ripped away from our lives forever in a senseless act of brutality and we as a family are totally devastated by his loss

“We are consumed by the sadness and emptiness we feel knowing we will never see him again, but we will never forget him. His passing has left a void in our family that can never be replaced

“We do not hate those involved, but we hate what they have done. They have not only taken Abdulwahab’s life at a time when he had so much to live for; they have ruined our lives as well as theirs and their families

“We would like to thank the members of public who tried to help our son as he lay on the tarmac fighting for his life and the medical staff who tended to him in an attempt to bring him back to us. We would also like to extend out thanks to the Crown Prosecution Service, Investigation Team, Family Liaison Officers and Victim and Witness Support, who have helped us throughout this process.

“We as a family ask that our privacy be respected to allow us time to grieve.

The below people were convicted on Monday 10 July 2017, after a trial at Manchester Crown Court, Crown Square.

The below people were convicted on Tuesday 8 August 2017, after a trial at Preston Crown Court.