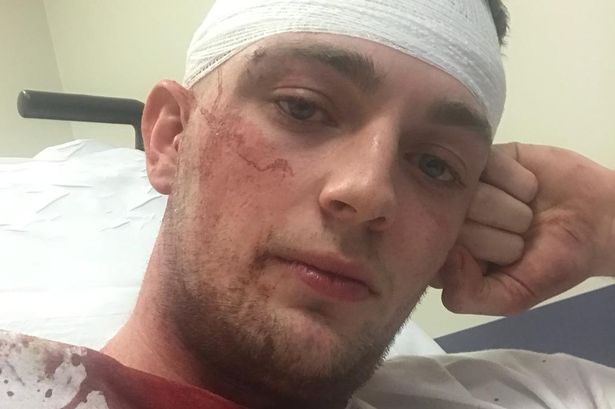 Greater Manchester Police is making a fresh appeal for witnesses exactly a year after a 21 year-old man was stabbed in Oldham town centre.

Thomas Hickey was outside the Liquid Envy nightclub on Waterloo Street in the early hours of Saturday 24 March 2018 when he was attacked by a group of people.

He was chased and fell over, breaking his knee in several places in the fall. After the attack Thomas required surgery for a puncture wound to his back and two stab wounds to his head.

A year on, detectives are keen to hear from anyone who may be able to help identify his attackers.

Detective Inspector Joseph Harrop said: “This weekend marks the anniversary of this brutal attack and we hope it may prompt someone to remember something. Perhaps witnesses who were reluctant to come forward a year ago, for whatever reason, will now feel able to do so.

“Thomas was the victim of an extremely nasty attack and the person – or persons – who inflicted his wounds clearly intended to cause great harm. We’re appealing to anyone who can help to bring those responsible for this cruel attack to come forward and help with our investigation.”

CCTV showing four people who police still want to speak to was released shortly after the attack.

Detective Inspector Harrop added: “In addition to releasing CCTV we have made repeated public appeals for information from anyone who was in Oldham town centre in the early hours of 24 March last year. Thomas Hickey was attacked at around 2.30am outside the Liquid Envy nightclub and we are convinced someone can identify the people we need to speak to and help to bring justice for Thomas and his family.”

Bolton man who stripped naked and jumped into his bath after high speed police...