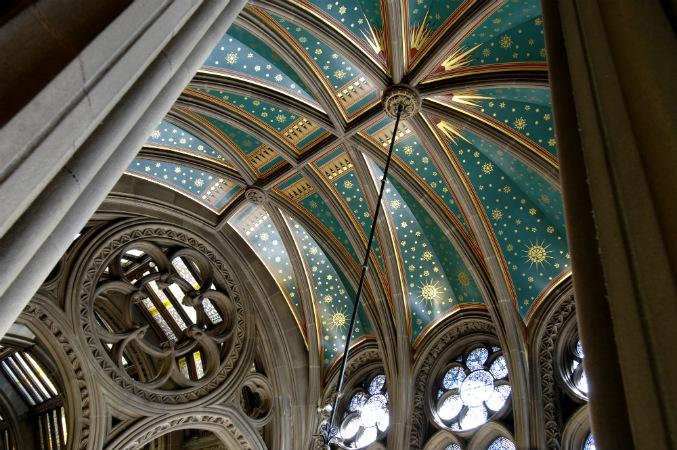 New tours enabling people to experience rarely-seen parts of Manchester’s magnificent Town Hall have been announced, ahead of its temporary closure in January 2018 for major works.

The extra dates have been added after tickets for the initial run of dates were quickly snapped up.

The tours, run by professional Blue and Green Badge guides and subsidised by the council, give Manchester residents and visitors to the city a chance to explore some of the amazing and less frequently seen heritage features of the Grade I-listed building, which is renowned internationally as one of the most important examples of Gothic revival architecture.

Visitors will experience highlights including the courtyard – a favoured location for film-makers, thanks to its 19th century cobbles and leaded windows – a display cabinet containing the silver dinner set used at the Town Hall’s official opening in 1877, plus ‘back-stage’ areas including the building’s Second World War air-raid shelters.

The Town Hall will be closing to the public from January 2018 to allow the completion of the Our Town Hall project, which will safeguard, repair and partially restore the building.

The Town Hall – which is structurally sound, but is beginning to show its age – will reopen in 2024 and will be more accessible to the public, with more of its civic treasures on display, to help tell the city’s story.  The project will ensure that the Town Hall meets modern access and safety standards and is more energy efficient.

Albert Square, which hosts events ranging from Manchester’s world-famous Christmas Markets – opening on Friday 10 November this year – to more sombre occasions such as vigils, will also be protected and improved through the Our Town Hall project.

Caroline Aherne dies at the age of 52

Damning report says Catholic Church put its own reputation over the welfare of vunerable...