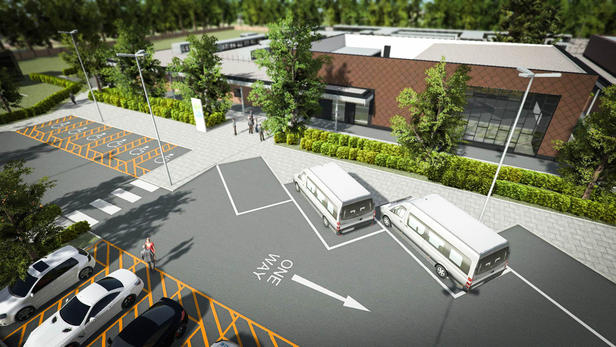 Seashell Trust has announced it is to appeal the decision of the Stockport Council planning committee which earlier this year refused permission for a school and campus transformation on the site at Cheadle Hulme.

A meeting of the Board of Trustees of Seashell Trust which provides education and support for children and young adults with extremely complex disabilities, this week voted to appeal against the decision which they believe is ‘fundamentally flawed and grossly unfair’.

The Trust has applied for a £45m new school and campus transformation which would be funded in part by the sale of land with planning permission for around 325 homes.

A meeting of the planning committee in January of this year voted to refuse planning permission for the scheme because they said the very special circumstances needed to justify development on Green Belt land had not been met and that the housing element of the scheme had not met the affordable homes threshold set by the Council.

The decision followed more than two years of work to develop the application which had been recommended for approval by planning officers from Stockport Council.  Since then the Trust has taken advice from its legal and planning team and this week the Board of Trustees made the decision to press ahead with an appeal.

Chief Executive and School Principal Mark Geraghty announced the decision.  “We were obviously incredibly disappointed with the planning committee’s decision particularly as they went against their own officers’ professional advice and recommendation to then refuse the application.

‘We have been working incredibly hard for more than two years now to answer every question asked of us by the planners and we firmly believe we have proved beyond doubt the need for a new school and campus transformation of this nature and the very special circumstances that allow for the application to be approved”.

And he added: “We have taken our time to consider carefully our options and the Board of Trustees strongly feels that the decision made by the planning committee was flawed and that we should be pressing ahead with plans for the new school.

“We look after some of the most vulnerable and challenged young people in society and it is our duty to fight for what is best for them.  We will now launch an appeal against the council’s decision and fully expect to win consent for our application.