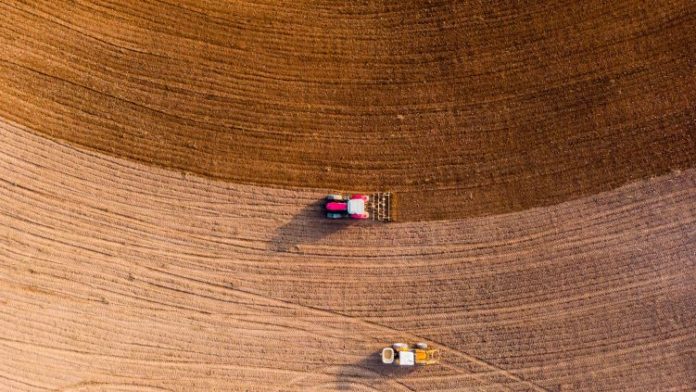 Carbon dioxide captured from the atmosphere could be used to restore degraded soils, save water and boost crop yields, according to new research.

Scientists at the University of Sheffield’s Institute for Sustainable Food in collaboration with industry partner CCm Technologies Ltd have developed pellets made from a mixture of captured CO2 and waste straw or anaerobic digestate from slurry, which can be used like a normal fertiliser to improve the health and water retention of soils.

The production of each tonne of these pellets generates up to 6.5 tonnes less CO2 than a typical conventional fossil fuel-based fertiliser – and could therefore dramatically reduce the carbon footprint of foods like bread.

A new study published in the Journal of CO2 Utilization found the pellets improved soil water retention by up to 62 per cent with immediate and prolonged effect, potentially helping crops to survive drought conditions for longer. They also resulted in a 38 per cent increase in crop yields – demonstrating the pellets’ potential to grow more food using fewer resources.

There was a 20 per cent increase in microbial growth in soil treated with the pellets, which is crucial for soil fertility and soil functions like decomposition and nutrient cycling. The pellets also increased the pH of the soil, making it less acidic, which could help restore degraded or even contaminated soils – and potentially increase their ability to act as a carbon sink.

Dr Janice Lake from the Institute for Sustainable Food, an Independent Research Fellow at the University of Sheffield’s Department of Animal and Plant Sciences, is the lead author of the study. She said: “Faced with a climate emergency and a growing population, we urgently need innovative solutions to feed the world.

“As well as reducing greenhouse gas emissions, we need to capture carbon dioxide from the atmosphere to limit temperature rises. These new pellets could turn damaging CO2 into something positive – helping communities to cope with increasingly extreme droughts by allowing farmers to grow more food while using less water.

“These initial results are really exciting, and we hope to be able to prove this new product’s potential with field tests in the near future.”

Smile and change your TV channel