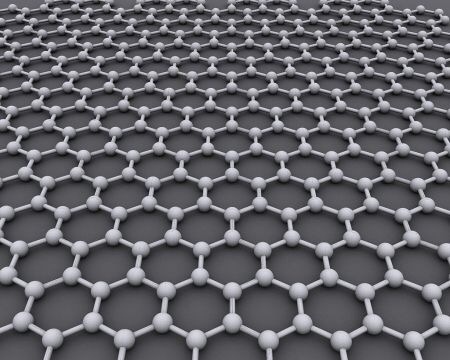 SCIENTIFIC tests at the University of Salford have proven that graphene can be converted into a massive insultating hydrocarbon molecule by reaction with hydrogen at elevated temperatures and pressures.
The research was led by Dr John Proctor from the Materials and Physics Research Group at Salford and published in ACS Nano in collaboration with the Graphene Research Group at Manchester University and the Centre for Science at Extreme Conditions at the University of Edinburgh.

The researchers say the findings are an important step in the ability to use graphene in integrated circuits, for example as a gate in Field Effect Transistors (FETs). It is an encouraging advance for research aiming to synthesize fully hydrogenated graphene – also known as graphane – which would be the largest saturated hydrocarbon molecule ever made.

Graphene is a two dimensional pure carbon material which is just one atom thick and was isolated by Andre Geim and Konstantin Novoselev at the University of Manchester in 2004.

This latest contribution follows on from the seminal work published in the journal Science in 2009 by the Graphene group at Manchester that demonstrated partial hydrogenation of graphene was possible using a low pressure hydrogen plasma treatment.

Although this original work led to considerable interest, the new work takes the idea further by investigating whether the combined high temperatures and pressures in a hydrogen atmosphere can create a more uniform and stable insulating layer. The basic experimental set-up is shown in the figure.

After the samples had been exposed to hydrogen at high temperature and pressure they were studied using Raman scattering, which revealed that the hydrogen coverage is more complete than in samples produced by the plasma process. Samples were annealed (heated) in vacuum to recover separate hydrogen and pristine graphene, demonstrating potential applications in hydrogen storage.

Gender Pay Gap at its Widest for Those in Their 50s

Expanding testing and fixing contact tracing must now be the priority, says Labour