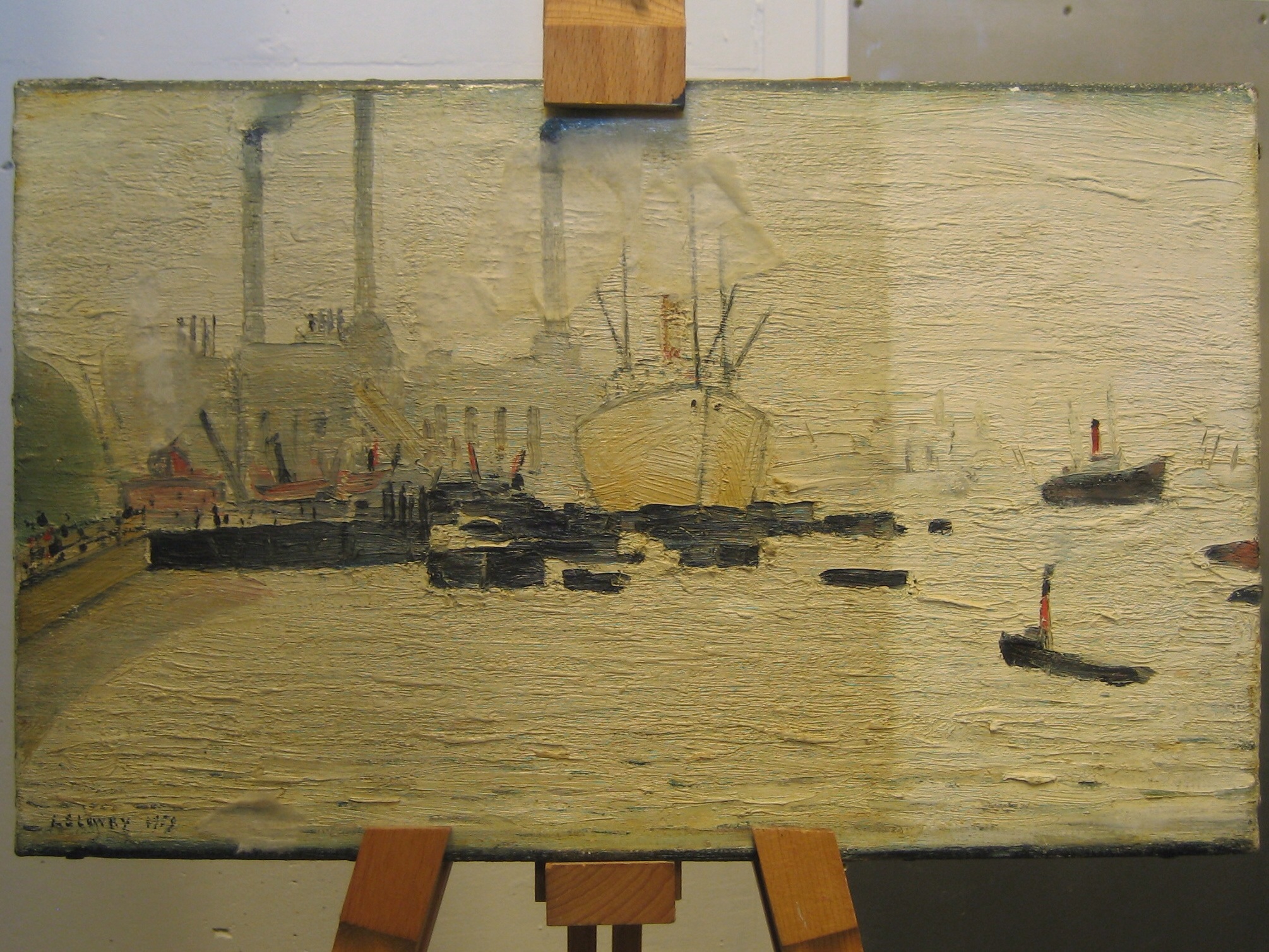 Two of LS Lowry’s pictures showing views of The Thames at Greenwich are to go on display at The Lowry in Salford, minus their tomato ketchup stains.

The paintings have been held in a private collection since the 1970s.

The drawing (1957) and oil painting (1959) relate to a much larger work by the artist, View of Deptford Power Station from Greenwich (1959), which is currently in the National Maritime Museum’s collection in London.

Since they were first purchased, the pictures have been looked after and enjoyed not only by the original owners, but by their children and grandchildren.

Having been displayed in a family home for so many years the oil painting had a light layer of surface dirt, including what the current owners feared may be two small, and very old, ketchup stains.

The painting has been cleaned specially for display at The Lowry by a professional painting conservator and neither it nor the drawing have been exhibited in public before. They will be on display until December.

Claire Stewart, curator of The Lowry Collection, said: “Lowry was a regular visitor to London, but his views of the city are relatively rare. The best known are his paintings of Piccadilly Circus, which are busy with cars and pedestrians. His fascination with waterways, however, meant he was obviously drawn to the Thames – and these works are a great example of that. It’s very exciting to be able to display pictures which will be completely unknown to our visitors and I am very grateful to the owners for all their help in arranging the loan and getting the works ready for display.”

Final series of Fresh Meat gets underway at Sharp Project