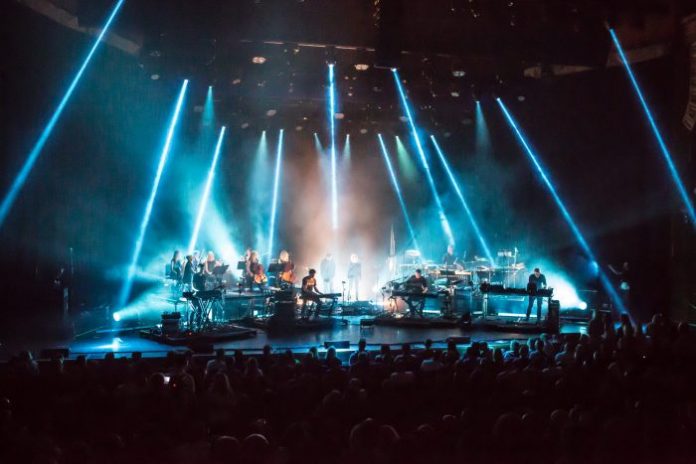 Sasha announces early 2018 REFRACTED:LIVE tour dates in partnership with Late Night Tales, responding to overwhelming demand after the record-breaking sell-out success of his May 2017 live shows at the Barbican, when almost 4000 tickets were snapped up in 90 minutes.

With the limited edition Blu-Ray of the show also selling all 2000 copies in a few hours, fans will need lightning reflexes to secure tickets for the new dates, available on pre-sale to Sasha’s fans on Wednesday and for general release this Friday 13th October.

REFRACTED:LIVE is an electronic show performed live by Sasha and guest musicians along with strings and live vocals, with his music re-imagined as an original score for live venue performance, providing an enthralling immersive experience. There will also be exciting new material and surprise guests on Saturday 17th February 2018 at London’s Roundhouse, one of the world’s most impressive live performance spaces, and at Manchester’s prestigious Bridgewater Hall, BBC Philharmonic Orchestra’s primary venue, on Sunday 18th February.

In REFRACTED:LIVE the Welsh producer and Grammy nominee plays live on piano and electronics alongside his core production team (long-time collaborators Charlie May/Spooky, Dennis White/Thermal Bear, and Dave Gardner), with an 8-piece string section, a percussionist and live vocalists. Those lucky enough to get Barbican tickets bore witness to a special performance of his Scene Delete album as well as a reinterpretation of iconic tracks from his back catalogue, including Wavy Gravy and Battleships

Sasha has been hard at work in the studio, spurred on by overwhelming audience response to his audacious new venture, and his new track ‘True’ drops on Late Night Tales on October 13th. Featuring London-based band Dems’ haunting vocals, the emotive style echoes the shimmering soundscapes of Scene Delete, infused with the innovative flair of a musician currently at the top of his creative game.

‘I’ve been really excited about this record for some time. When we originally got the vocal back from Dems I instantly knew it was something special. We just needed to find the right project for it.  I’m looking forward to it being part of the new show along with a lot of new material.’

Tickets for REFRACTED:LIVE will be available on pre-sale to Sasha’s fans on Wednesday 11th October, with general ticket sales available from 10 AM on Friday 13th October on ticketmaster.co.uk and gigsandtours.com