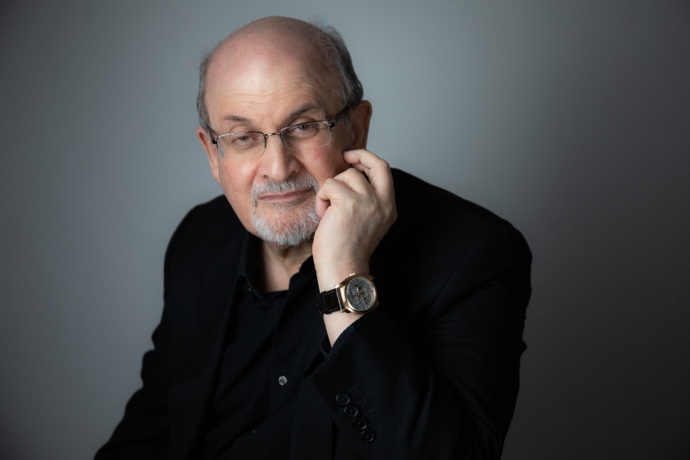 Fane are delighted to announce that Salman Rushdie will tour the UK and Ireland, celebrating both the paperback release of Rushdie’s Booker Prize-nominated Quichotte and the life and work of the internationally acclaimed novelist and essayist.

The tour will take in an initial three dates at the National Concert Hall, Dublin on 18th May, Manchester HOME on 19th May and at Alexandra Palace, London on 23rd May.

Quichotte’s tragicomic tale deals with father-son relationships, sibling quarrels, racism, the opioid crisis, cyber-spies, and the end of the world. Rushdie will discuss the novel described as a ‘modern masterpiece’ alongside his outstanding career as one of the world’s most celebrated storytellers.

Do not miss the chance to join one of the literary greats for an evening of fascinating conversation with special guest interviewers soon to be announced.

Rushdie is the author of thirteen previous novels: Grimus, Midnight’s Children (for which he won the Booker Prize and the Best of the Booker), Shame, The Satanic Verses, Haroun and The Sea of Stories, The Moor’s Last Sigh, The Ground Beneath Her Feet, Fury, Shalimar the Clown, The Enchantress of Florence, Luka and the Fire of Life, Two Years Eight Months and Twenty-Eight Nights, and The Golden House, and one collection of short stories: East, West.

He has also published four works of non-fiction: Joseph Anton, The Jaguar Smile, Imaginary Homelands, and Step Across This Line, and co-edited two anthologies: Mirrorwork and Best American Short Stories 2008. He is a member of the American Academy of Arts and Letters and a Distinguished Writer in Residence at New York University. A former president of PEN American Center, Rushdie was knighted in 2007 for services to Literature.

Tickets for the show in Manchester go on sale on Monday 17th February at 12:00 here.

New exhibition focuses on use of glasses in the cinema

The Glamorous Nightclub Chinawhite Has Arrived

Be At One Are Offering ‘Baller Colada’ Cocktails!