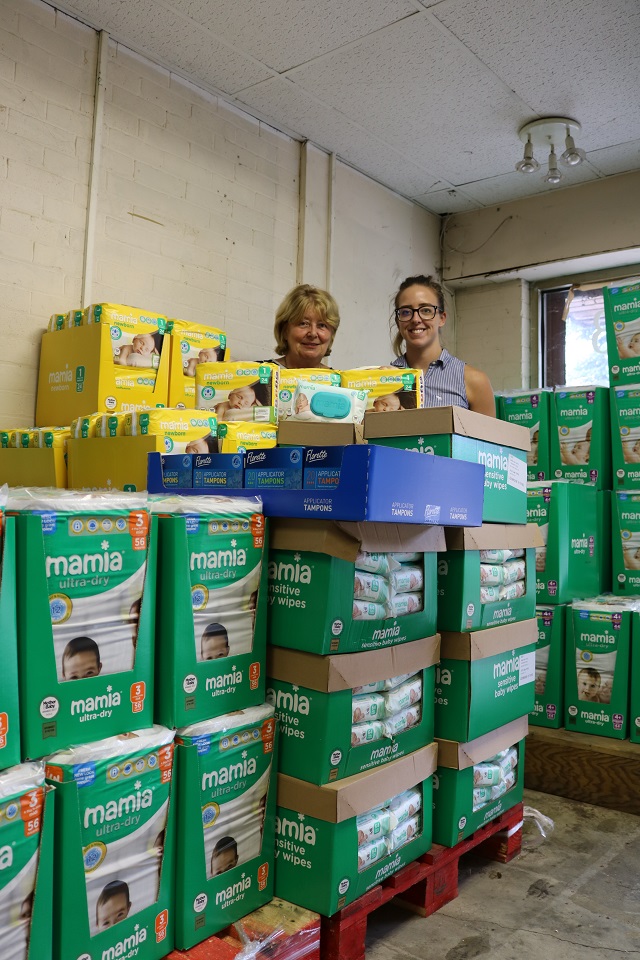 City Mayor Paul Dennett has slammed ‘despicable’ thieves who broke into a Salford food bank to take nearly £2,500 worth of sanitary products and nappies donated for local women and children.

The items had been donated by the Aldi supermarket to help women on low incomes facing monthly period poverty.

They were due to be distributed today but staff and volunteers found the Mocha Parade storage unit in Lower Broughton had been broken into and cleaned out. The thieves had also tried to break into the nearby food bank but failed to gain entry.

Mayor Dennett said he was both furious and heartbroken at the news.

He said: “This is one of the most despicable thefts I have ever come across. Those responsible must have known the items were there and planned this theft because we believe they used a van to carry away their haul.

“It beggars belief that people would sink so low as to steal from a food bank knowing those items are for people who are in desperate need.  To also steal sanitary pads, tampons and nappies donated to help women and children struggling to maintain their personal hygiene and dignity shows these people have no conscience.

“Sanitary goods and nappies are not luxury items and are expensive for everyone, let alone families in dire poverty. Aldi’s generous donation would have meant a great deal to people on the breadline who will now have to continue struggling.

“If anyone has any information about the theft or is offered Aldi nappies or sanitary products and have any suspicions that they may be stolen please report it to the police. You can do it completely anonymously via Crimestoppers but please speak up. Don’t let these people get away with this appalling crime.”

Great news-The six stolen puppies are back with their mother