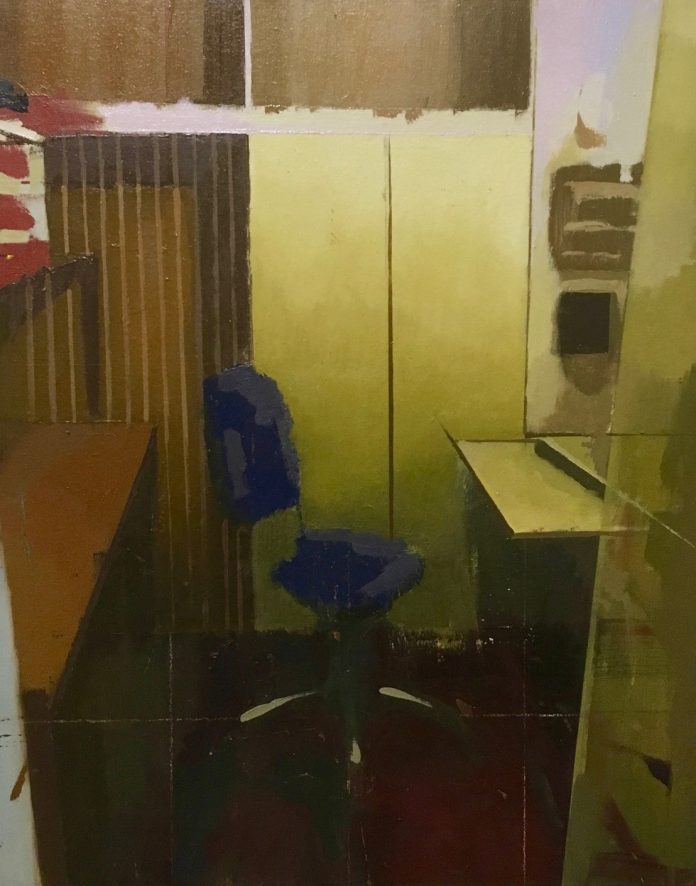 An artist from Salford has been shortlisted for this year’s prestigious Lynn Painter-Stainers Prize, the UK’s leading competition for British contemporary representational painting and drawing.

Keith Ashcroft from Higher Broughton for his oil on canvas ‘Interior Motive D’ joins 83 artists who have been shortlisted for the Prize out of 1,144 who entered this year’s competition. This represents the highest level of entries in the Prize’s 13-year history.

The eventual winners will be selected from these works and announced on 5 March at an evening event at the Mall Galleries in London.

Ian Rowley, chairman of the organising committee, said: “This year, we’ve been staggered by the quality of the entries. There’s a tremendous diversity to the works combined with some bold approaches.

“A record-breaking 2,194 works were submitted by over a thousand artists, which shows that representational art in the UK is in better health than the art establishment might surmise. The judges have now completed the very difficult job of whittling those 1,000-plus artists down to just 83, whose works will be exhibited.”

The Lynn Painter-Stainers Prize for representational art – art that seeks to capture the real world – offers total prize money of £30,000, comprising a first prize of £15,000 and a gold medal, second prize of £4,000 alongside the newly introduced People’s Prize worth £2,000. Young artists aged 25-or-under compete for the Young Artist Award of £4,000.

For the fourth year running, the competition is also offering the Brian Botting Prize of £5,000. This will be awarded to an artist aged 30-or-under for an outstanding representation of the human figure.

The competition is open to any artist, professional or amateur, resident in the UK and painting or drawing works of representational art and over 18-years-old. The competition aims to promote and support fresh new talent.