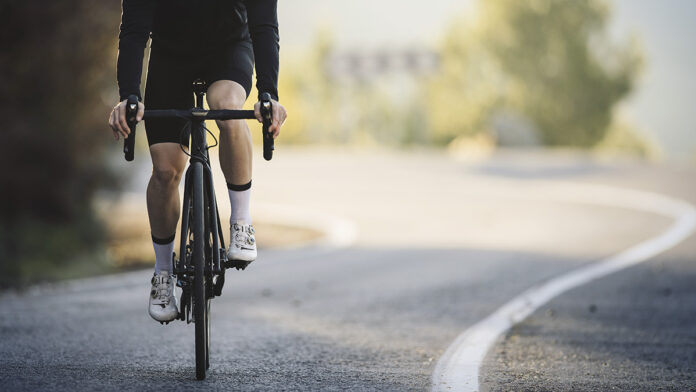 The VPS Group, Europe’s leading temporary security specialists and based in Chadderton, Oldham, are making mental health initiatives their top priority in 2021, and have kicked off their plans by announcing that two of their most senior executives will cycle 360 miles in just five days to raise money for Samaritans and their own mental health campaigns.

“We are living through unprecedented times, the pandemic has placed additional stress on everyone and for some has had a very detrimental effect on their mental health” says Lee Newman, Group CEO. “We can all see that there are some positive signs that we are moving towards a better future, however I remain concerned about the pandemic’s longer-term effects, so in addition to investing in our own mental health provision, we wanted to do something more, so decided to take on this fundraising challenge to support Samaritans and their life-saving, suicide prevention work.”

Lee Newman and Darron Cavanagh, Chief Operations Officer, form the core cycling team and will be leaving London on May 23rd 2021, with the 360-mile route taking them via Norwich to visit the Evander head office – one of the group’s divisional businesses and the UK’s leading provider of glazing and locks services – before heading North, covering many gruelling miles in the Peak District to arrive at The VPS Group head office in Chadderton, Greater Manchester on May 27th.

A number of guest cyclists, including Paul Lewis, Evander Managing Director, will be joining the core cycling team to ride sections of the route in support of the group’s fundraising efforts.

Darron Cavanagh says: “We want to drum-up support and raise as much money as possible with the aim of funding 50 Samaritan’s volunteers and our own mental health initiatives. Along the way, we’re calling out to our network of colleagues, customers and suppliers and asking them to join us on one of the legs of the journey and help support us in this fundraising challenge.”

Every seven seconds, Samaritans respond to a call for help. Every year, they spend over one million hours responding to calls for help, and their corporate partners, of which The VPS Group is now one, help to support their team of 20,000 trained volunteers so they are available to anyone struggling to cope 24 hours a day, 365 days a year.

Lee Newman adds, “My wife is a counsellor, she also works on a voluntary basis as a grief counsellor and has been an active Samaritan for several years, so it as a subject close to our hearts. We have set our target at £50,000 but clearly the more we raise the better.”

Darron Cavanagh concludes: “We hope that the easing of lockdown restrictions will keep to the government’s recently announced timetable, so that we can safely do this charity bike ride as planned and raise these much-needed funds – the outcomes are so important.”

The JustGiving page for donations can be found here.