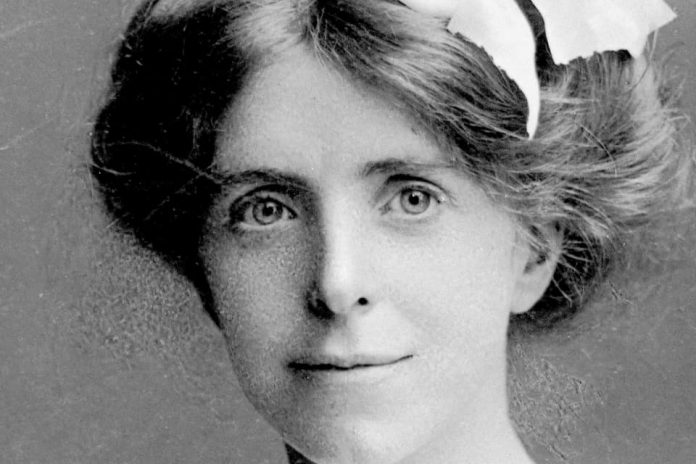 The fundraising for Annie Kenney continued towards its target with a dinner held on Friday 20th July. The Dinner was supplemented by a wonderful re-enactment of what occurred by children from the St Thomas’s Leesfield Primary School, the area in which Annie lived. The children have been learning about her life and what she and the suffragettes achieved in the face of great adversity as we reflect on 100 years since some women were given the right to vote.

Supporters got to see the sculptor’s miniature maquette statue of Annie, offering a glimpse of how the final statue could look. Denise Dutton also spoke about the process of creating the statue from early research, modelling, fabrication and casting.

Annie became actively involved in the Women’s Social and Political Union (WSPU) after hearing Christabel Pankhurst speak at the Oldham Clarion Vocal Club in 1905. Annie was the most senior working-class woman in the WSPU, which was generally organised by women from middle class backgrounds.

The statue of Annie will stand outside Oldham’s refurbished Town Hall. This site is in particularly suitable as it was once the site whereby Winston Churchill addressed residents of Oldham. This is fitting as Annie was wrongly arrested for protesting for women’s right to vote in front of Churchill in Manchester years before they succeeded.

Annie Kenney was born in what is now the borough of Oldham in 1879, to a relatively poor family. She was one of 12 children. She started work in a local cotton mill at the age of 10 and became actively involved in the trade union whilst working there. Her political activity attracted the attention of the press and the public in 1905 because, during a Liberal rally in Manchester’s Free Trade Hall, she and Christabel Pankhurst interrupted a political meeting to ask Sir Winston Churchill and Sir Edward Grey if they believed women should have the right to vote. Both women were arrested and later imprisoned for allegedly causing an obstruction.

Due to her commitment to the cause Annie was imprisoned a total of 13 times yet when war broke out she travelled the country with other senior members of the WSPU encouraging women and trade unions to support the war work.

Annie died on the 9 July 1953 aged 73 and Oldham Council erected a blue plaque in her honour at Lees Brook Mill, Oldham, where she first started work as a young child. Local people however feel the plaque is not enough and want to erect a statue in the centre of Oldham to recognise the work she did and the sacrifices she made to secure universal suffrage.

The MP for Oldham West and Royton, Jim McMahon attended the dinner and said:

“We started the Annie Kenney Project is more than a statue, although that’s important. We want to tell the story of our town and local people who achieved incredible things. It’s inspiring to see school children learning about Annie Kenney and retelling her story.

“I’d like to say to a huge thank you to local schools, residents and businesses who have supported the project so far.