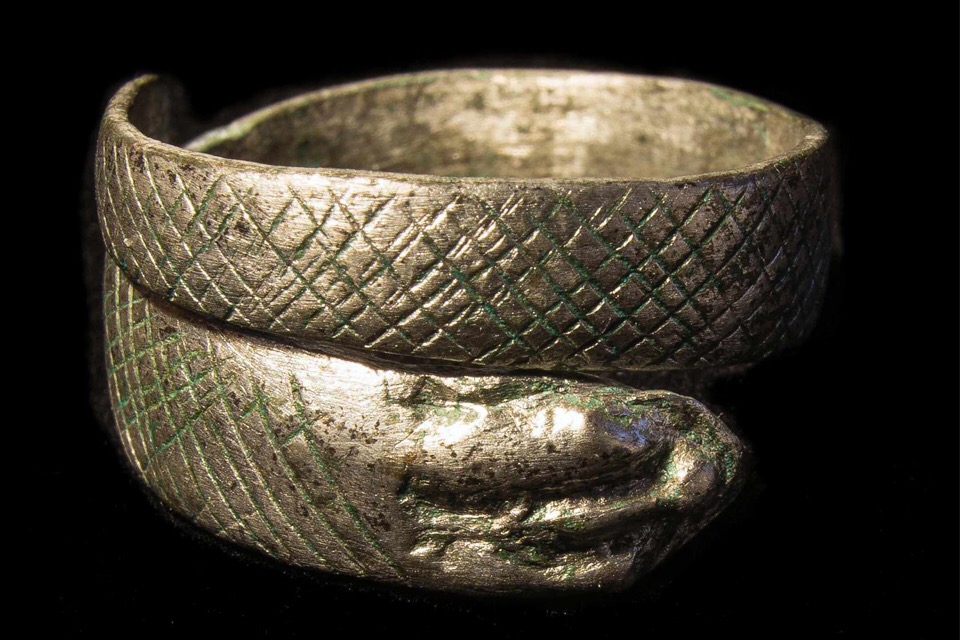 Archaeologists have uncovered Roman shoes and keys, a rare amber figurine and the most northerly example of coin production as part of Leeming to Barton scheme

These finds are shedding new light on Roman life in Northern England. They hint at a far more sophisticated industrial and administrative centre in Yorkshire than had previously been known about. They also point to wealthy citizens having lived in the area.

Among the objects found so is the figure of a toga-clad actor carved from a block of amber was recently found at Scotch Corner.

Thought to have been made in Italy during the 1st century AD, a similar example was also found at Pompeii. Nothing like this has ever before been found in the UK. Its presence at Scotch Corner, along with a large number of other high status imported items suggests this was an early site furnished with the finest Roman goods.

The sheer amount of exceptional objects found on this road scheme has been extraordinary. Through them we are learning more and more about life here in the Roman period. This project has given us a unique opportunity to understand how the Romans conducted their military expansion into Northern England and how civil life changed under their control.

The excavations have also led to the unearthing of a major Roman settlement at Scotch Corner which pre-dates settlements in York and Carlisle by 10 years. This tells us that the Romans had a major presence and even possibly began their territorial expansion into northern England a decade earlier than previously thought. The settlement was unusually large for the north of England, stretching over 1.4km from north to south which is roughly the size of 13 football pitches positioned end to end. The finds uncovered at the site, from brooches to gaming counters, suggest the people who lived here, as at Catterick, were wealthy.

The settlement seems to have only been occupied for a short period, perhaps no more than 20-30 years. It probably became redundant as the Romans kept moving into the north. It’s demise seems to coincide with the rise of Catterick, which we know was an administrative and economic centre in the north of England.