Wigan Athletic broke their three-game losing streak with a 1-1 draw at home to Plymouth Argyle at weekend. A disallowed goal did not deter the Latics after going a goal behind. Up popped Will Keane to share the spoils 20 minutes from time.

Rochdale made it two wins on the bounce in League One to catapult them up the league into 15th. Goals by Rathbone and Newby sealed the points in the first half despite having only 33% of the ball throughout the match.

Paul Scholes’ had to settle with a draw in his third game in charge at Salford City. Former Manchester United forward James Wilson continued his hot streak in front of goal at the Pennisula Stadium with a goal for the fourth game on the trot. Meanwhile, Ian Evatt’s post-match comments have made the headlines after a public bashing of goalkeeper Billy Crellin. Bolton’s GK was to blame for Cambridge United’s goal, with Crellin punching into his own goal. However, Sarcevic pulled one back for the Wanderers’ third draw in four games.

After a win and a draw, Oldham tasted home defeat at the hands of Port Vale. Despite an early goal by Dearnley on the 50th minute and added pressure, Vale held on to see out the victory.

Stockport County and Altrincham put the National League aside for the weekend as they both were in FA Cup fourth round qualifying action alongside FC United.

Stockport drew with Chesterfield, having faced them twice in 7 days. Chesterfield won the penalty shootout 7-6.AFC Flyde knocked out Altrincham 2-1 in the Sunday tie. The story of the weekend, however, is FC United last-gasp 2-1 win over National League North’s Guiseley. A winner deep into injury time by Sinclair-Smith took FC United into the draw for the first round proper this evening.

A fair few matched had been cancelled over the weekend due to COVID19.

Radcliffe picked up a 2-1 win over Gainsborough with an Andy Owens double sealing the points for Lee Fowler’s men. Stalybridge Celtic suffered another defeat to still leave them winless so far this season. A 1-0 home loss to Basford United drops them to second-bottom in the table.

We was down at Trafford on Saturday to see their 1-1 draw with Widnes. A game that didn’t really get going on a wet and rainy afternoon. Trafford came close a few times and maybe should have edged it, however, a share of the points seemed a fair result in the end.

Ramsbottom United continued to impress with a 2-1 win over Tadcaster Albion. The win sees them two points behind Workington early on in the campaign. 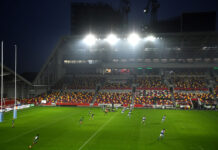 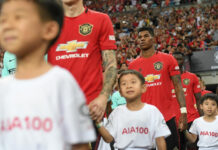 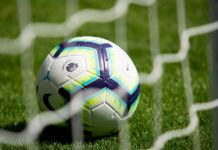 Is the Premier League the Best in the World? 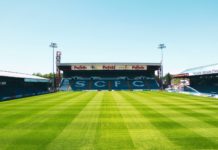