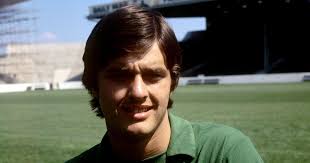 He made thirty eight appearances for the club between 1971-1973 making his debut for City aged 18 but found his path restricted by Joe Corrigan, who was firmly established as one of the country’s best goalkeepers.

He would move to Cardiff City after loan spells at Coventry and Preston where he would play over two hundred games before injury forced him to retire in 1982.