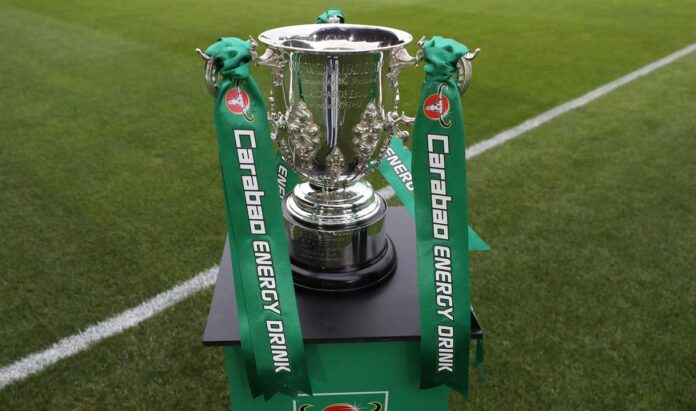 Stephen Humphrys had scored his first Latics goal just after half-time to give Leam Richardson’s side the lead, though Keane Lewis-Potter levelled five minutes later, with the game eventually going to penalties.

Oldham cemented their place in the second round of the Carabao Cup in dramatic fashion with the game being decided on penalties.

Tranmere raced into a two-nil lead with goals from Sam Foley and Elliot Nevitt, however, Oldham produced a remarkable comeback with a strike from Dylan Bahamboula and an own goal from Tom Davies earning Latics a penalty shoot-out.

It was the same story for Bolton.Antoni Sarcevic, Lloyd Isgrove, Amadou Bakayoko, Elias Kachunga and Josh Sheehan all scored from the spot, while Joel Dixon saved from Devante Cole as they beat Barnsley

Salford’s Carabao Cup journey comes to a close at the first hurdle, though it was a thrilling 90 minutes and penalties at Pride Park.

The Ammies pushed their Championship opposition right to the wire. With the score 3-3 at full time, spot kicks were the only way to separate the sides.