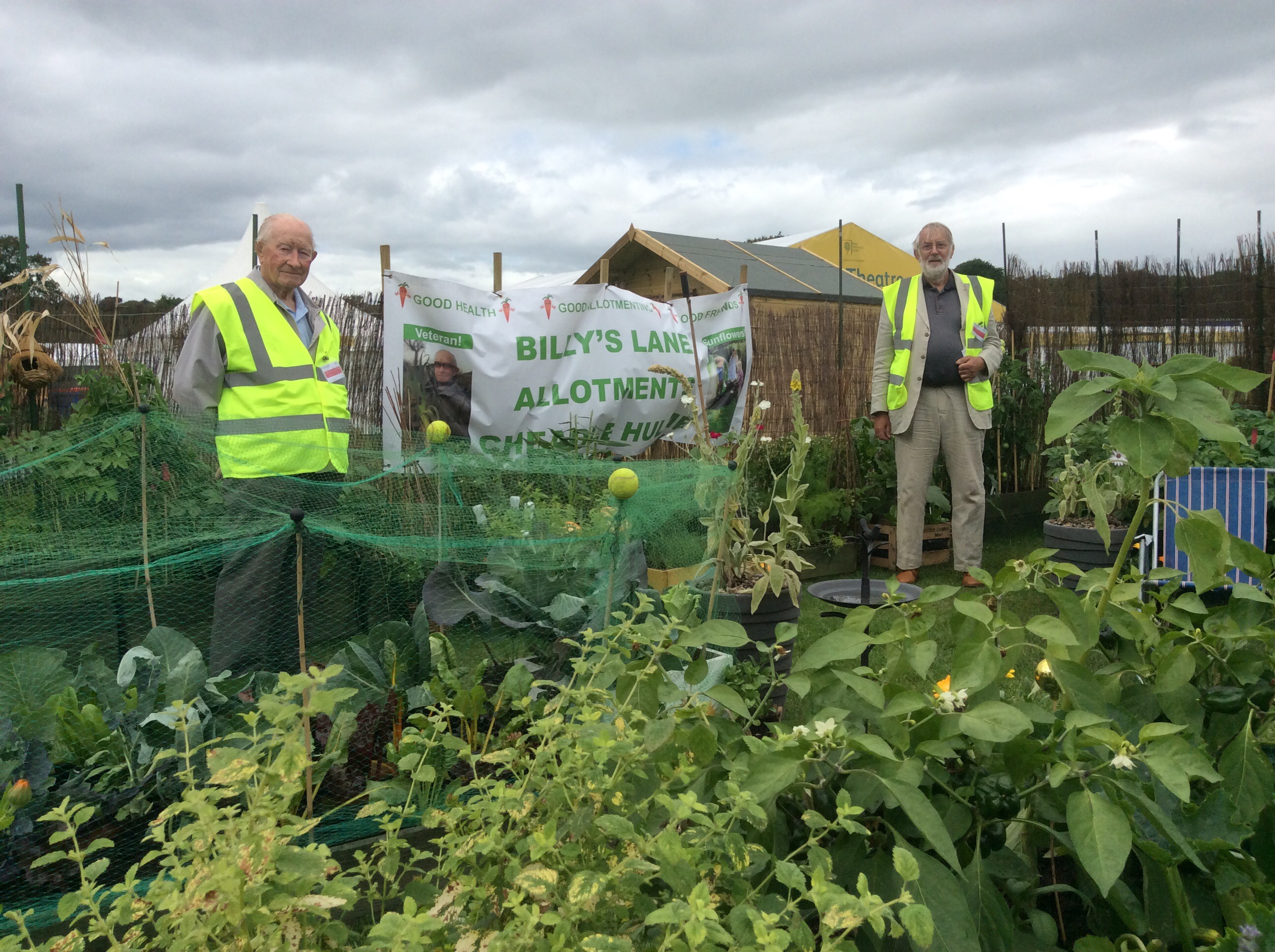 The veteran of Monte Cassino in Italy in 1944 is part of an association which, in keeping with the trend of Growing for Health are tapping into the current vogue for recognising that gardening in itself has enormous health benefits, both physical and mental, in the practice of digging, weeding and hoeing as well of the pleasure of being able to harvest and eat your own fresh produce.

The Cheadke Hulme Garden and Allotments association dates from just after the First World War and it is their first invitation to the RHS Flower show at Tatton Park taking place this week.

Many of its plot holders chose to grow organically and in a way controlling what goes their diet.

Ian Ray, a former teacher who has had a plot since his retirement tells me that the club, whose honorary chairman is Astromomer Royal, Sir Francis Graham Smith, are trying to interact with their community, and getting away from the conservative ways of the allotment.

Allotment plots had never been more in demand with waiting lists stretching over three years in some cases but Ian is encouraged by a membership that includes an increasing proportion of women who are bringing their children and grandchildren to the plots.

The committee have also recently acquired a cabin where visitors can be made welcome and recent visitors have included a group of artists for their en plein air course.