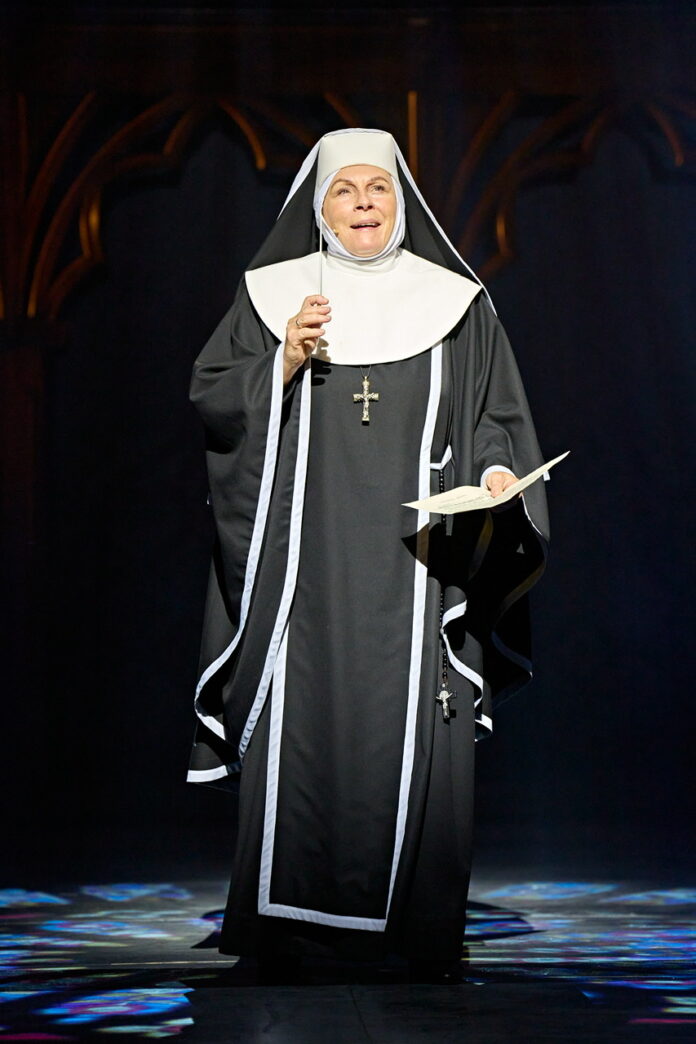 So….. Sister Act the film is one hard Act to follow but this production made a real go of bringing the magic of it to life.

If you are a newbie to this though, I’d suggest you don’t watch the film first, as this production is something different ….. but with an absolutely stellar cast you won’t be disappointed with Sister Act The Musical in its own right.

With the emotional intensity and as much sass as the audience could handle from Sandra Marvin, along with the warmth and tenderness provided not only by the vocals of Lizzie Bea and Keala Settle but by the whole ensemble of nuns when they sang together, it was a delight to listen to them sing. Spoiler alert ….. they can’t sing initially (and it does take talent to deliberately sing out of tune!)

The beautiful set and lighting helped me believe I was in a church for most of the production and the lighting changes were adept enough to ‘cover’ this for the relief scenes in a club, alleyway, bedroom and police station as they came alive seemingly out of nowhere.

Without doubt Jennifer Saunders was stand out superb and brilliantly wonderful in her guise as Mother Superior and very much in keeping with the film portrayal of non acceptance and then acceptance of their cuckoo in the nest.

Sadly for me (and please let me qualify that I think this was only me!) some of the choreography for the nuns was a little too sexualised for my liking and it felt as if some of the moves were merely for cheap laughs, but this passed quickly and it’s hard to deny the ensemble cast superbly executed the dancing scenes with the audience delighted by its cheekiness.

If this was Guys and Dolls however the guys had it, and the male contingent were superb with Clive Rowe winning the nice guy award with Eddies ‘I could be that guy’ bringing the house down.

The routine by the gangsta men ‘When I find my baby’ sent me straight back to the 70’s with a fabulously slick spoof of the Floaters ‘Float on’ type routine (Google it if you’re too young to remember!)

There’s one hell’uva ‘fight’ scene fiasco which you need to see that has a beautiful Home Alone childishness to it and had the audience laughing uproariously and wondering where the cast would appear from next.

In a final note my guest and I thought it would have been lovely to have heard at least one of the original songs from the movie itself but understand this performance was never meant to replicate the original film.

A super night out with a girl or boyfriend ….. go see