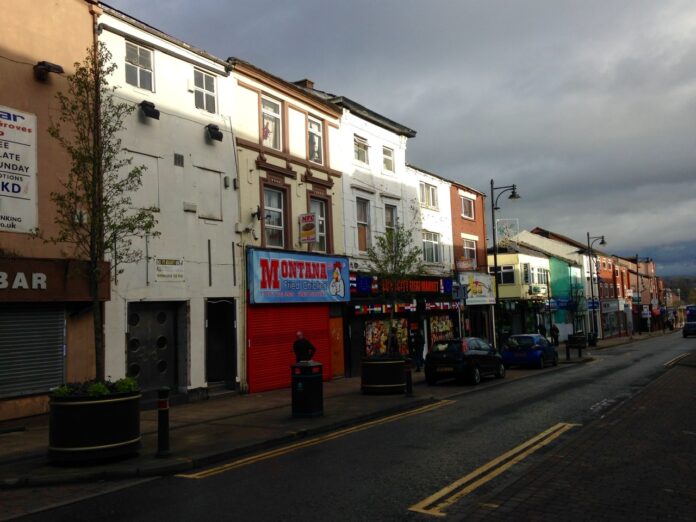 Greater Manchester Police have instigated a Section 60 order in Oldham this evening after several incidents of disorder in the town believed to be in response to a video being circulated online which shows a male being seriously assaulted.

The assault, which occurred on the 21 June in an alleyway off Featherstall Road North, was reported to police and a full investigation was launched. Three 17-year-old males have since been arrested in connection with the incident and have been bailed pending further enquiries.

“We are working closely with the local community and have increased patrols in the area, as well as having a team of detectives working hard to further identify those involved in the initial assault, as well as the subsequent disorder over the weekend.

“In addition to this, a Section 60 order has been granted, which will come into effect from this afternoon (5 July). Under Section 60, officers have increased powers to stop search anyone within a defined area and those found to be carrying dangerous instruments or offensive weapons will be prosecuted.

“I am aware that the events of the last few days will be causing concern and worry among the local community and I want to reassure people that we are doing all we can to prevent further disorder and bring those who have been involved to justice.

“I would also like to appeal to the community to refrain from speculating about the incidents on social media, as this could potentially jeopardise our investigation. We are currently following up on a number of lines of enquiry and what I can say at this stage is that the assault back in June is not being treated as a hate crime”.

“We are aware that arrests have been made following a serious assault in the Westwood area on 21 June. We are working closely with police and their investigation is ongoing.

“While that investigation takes place, I would please ask people to stay calm and allow the police to do their work, so those responsible can be brought to justice. The most important thing for all of us in Oldham is the safety of everyone in our communities.

“It is important that this horrific attack does not divide us. It is also crucial that anyone who may have information relating to this crime speaks directly with the police”.