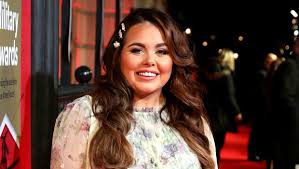 In one of my previous diary updates, I mentioned Scarlett Moffatt and her boyfriend Scott Dobinson have a new podcast about uncovering the truth behind some very bizarre conspiracy theories. It sounded like it was worth a listen so I did.

The overall premise is that Scarlett believes but Scott doesn’t so they try to convince each other otherwise. Actually, they have just as much chance of persuading each other to the other side of the debate as we had of Nigel Farage voting remain as they are clearly not listening to each other but isn’t that just a normal relationship! It’s funny to listen to their bickering and it’s harmless fun.

I very nearly switched it off as they were going on and on for about 10 mins saying who they were and where we might know them from but hadn’t realised this was the pre-episode 1 so don’t give up.

Within 5 minutes, they had me howling with laughter as we learn things like Scarlett thought she’d been abducted and probed by aliens as a child when, in fact, she actually fell over, knocked herself out and landed on a plug.

Episode 1 was about Roswell. For those who don’t know what this conspiracy is, in July 1947 Roswell Army Air Field (RAAF) in New Mexico issued a press release stating that a “flying disk” had crashed on a ranch near Roswell during a powerful storm. Later in the day, as government scientists arrived in the area, the story appeared to change. A press conference was held and it was stated instead that a weather balloon had crashed. Let the lively debate begin!

It might surprise you to know that I think aliens exist anyway as I don’t believe in a universe this big, we are the only inhabitants but I’m still not sure on Roswell. I didn’t get the answers in this podcast but it did make me laugh out loud.

I didn’t enjoy Episode 2 as much as it sounded more forced, it wasn’t as natural and there was a bit too much swearing for swearing’s sake with Daisy May Cooper as their special guest.

This episode discussed if time travellers built the Egyptian pyramids and we are taken through various topics including the old fashioned emoji language, also known as hieroglyphics, specifically if one of them is a lightbulb or a bird, and the fascinating factoid the coordinates of the pyramids match the speed of light.

If you like Scarletf’s refreshing girl next door style, have a vague interest in the unexplained, can accept the science isn’t robust and don’t mind some random giddiness, you’ll love this. I’d give it go and will be tuning in for more. It’s Mermaids next week – can’t wait! 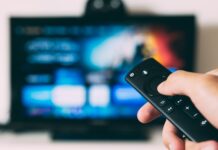 5 Tips for Improving Your Well-Being This Autumn

Earth’s inner core is much younger than we thought