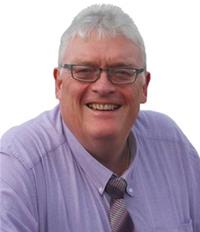 One year on from a promise made by the Mayor of Greater Manchester to conduct an independent review of the way in which decisions made by the GM Mayor, Council leaders and chief officers are scrutinised and challenged, the city region’s Liberal Democrat remain frustrated and disappointed by the lack of progress.

Councillor Howard Sykes MBE, Leader of the Liberal Democrat Opposition Group on Oldham Council, who serves as a member of Transport for Greater Manchester, feels that the current arrangements are ‘wholly unfit for purpose’.

“Having efficient mechanisms in place to enable the effective scrutiny of decision-making by the Mayor, Council leaders and senior officers of the Greater Manchester Combined Authority is an essential prerequisite for good governance, a genuine democracy, and devolved power. At present they are not in place.”

“Scrutiny panels meet infrequently, and meetings are often cancelled. When they do meet it is often during the day making it difficult for members with employment commitments to attend. As service on panels is mostly unremunerated, members are reluctant to attend if they lose salary for taking time from work.”

“It is also difficult for elected members from opposition parties, and backbench Labour councillors, to effectively have their say; they are greatly outnumbered in representation on scrutiny panels and struggle to find opportunities to speak, being marginalised in proceedings. This stops opposition and backbench Labour members from properly questioning and challenging decision making”.

In October 2020, Mayor Andy Burnham met with Councillor Sykes and the Leader of Stockport’s Liberal Democrats, Councillor Mark Hunter, and ‘whole-heartedly’ agreed that a cross-party review of the structures was needed. Although the Mayor promised that the review would be completed and implemented by the start of the new mayoral term in May 2021 this never happened; instead, the Greater Manchester Mayor has promised a review ‘later this year’.

Councillor Sykes added: “The review is long overdue and much needed as the continued delay is also jeopardising the chances of Greater Manchester securing greater devolved powers. It is now key that we make scrutiny efficient, accessible to all, and robust in the near future, otherwise, cash and power will stay in London!”