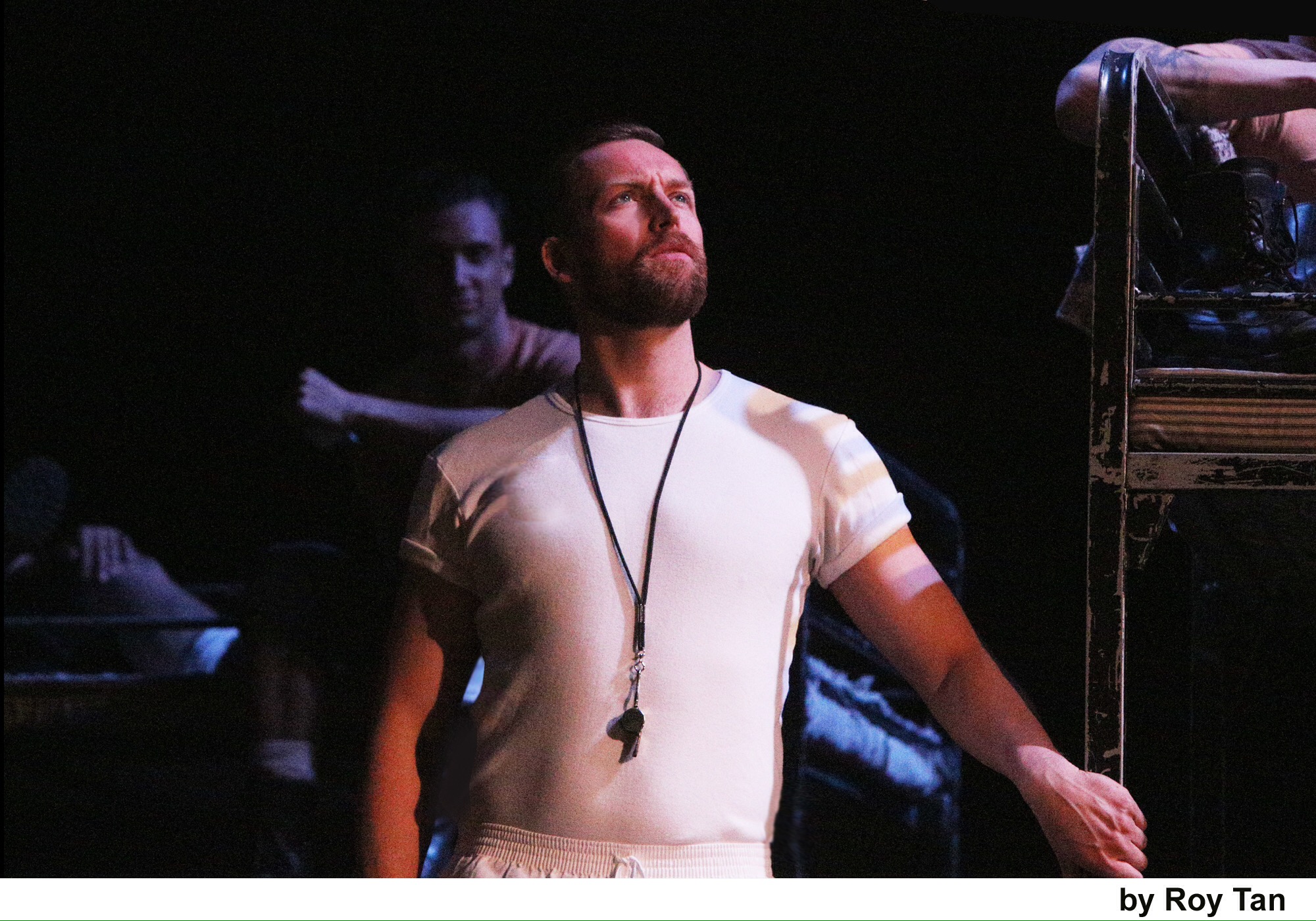 Set in the hold of a WWII battleship Gilbert & Sullivans HMS Pinafore or if you prefer “The lass that loved a sailor” gets a new lease of life and an all male cast.
The Captains daughter Josephine is to marry Sir Joseph Porter KCB (Ruler of the Queens Navy having never been to sea!) but she is actually in love with the lowly but “Audacious Tar” Ralph Rackstraw. There is also Little Buttercup and the Captains “will they won’t they” love story to keep you enthralled.

Due to their class differences love looks like it will be doomed to failure…..

Laugh out loud funny in parts and endearingly sweet in others, go and see this production and it’ll leave you wanting to look up the lyrics so you can re-live it.

The choreography is superb and was brilliantly and energetically performed with innovative scenes as Josephine was balanced on a rope between the sailors as if they were in a tug o war holding her Kate Winslett Titanic like in her despair.

Overall beautifully danced and wonderfully polished singing especially in the close harmonies sung a cappella and whilst watching it it’s hard to believe at times there isn’t an orchestra behind the scenes when it is just a single talented pianist.