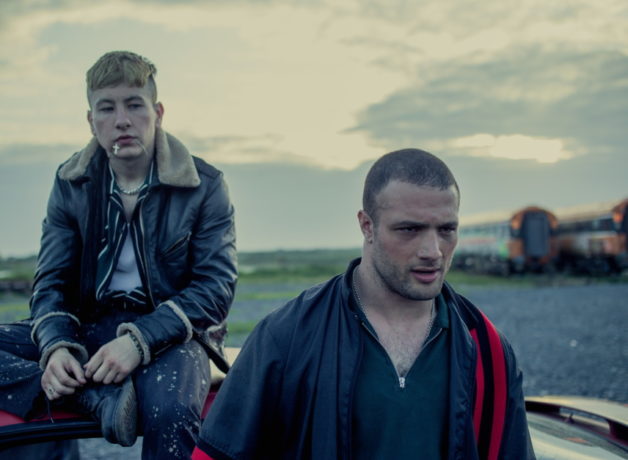 Director Nick Rowlands entry into the world of film will shock you, depress you but also in a strange way leave your with a sense of hope from the darkness.

A quick synopsis ex-boxer Douglas ‘Arm’ Armstrong played by Cosmo Jarvis has become the feared enforcer for the drug-dealing Devers family, whilst also trying to be a good father to his autistic young son. Torn between these two families, Arm’s loyalties are truly tested when he is asked to kill for the first time.

The title refers to Arm’s five-year-old son Jack who is autistic who he has with former partner Ursul. The boy finds solace by riding horses and Ursal’s  determination to give him a better life and it is this that sees Arm dragged into a cocaine fuelled murder with the promise of money to pay for his son

It is though the region that is a key character in the film: isolated with a small town mentality that traps its inhabitants, according to director Nick Rowland.

“This isolation has allowed for more sinister elements to arise in the town: drugs, depression, vicious beatings, missing persons… The Guards [local police] do their best, but have little control over the mischievous occurrences; they are trapped there with the rest of them.”

Rowland continues: “It was important to me that the film was authentic and specific in its sense of place and I was hugely inspired by locations we saw throughout Galway, and more specifically Connemara and Kilkee. While the world of the film is harsh, it was vital to me that its depiction was not bleak or depressing. I wanted to capture the epic scale of the mountainous, barren wilderness, the faded pastel colours of the weather-beaten houses and the energy and eccentric humour of the people within them.”

“At first glance, it can be seen as a tense crime thriller, which has one foot planted in visceral genre filmmaking. However, the heart of the film is about loyalty, family and fatherhood.” says Rowlands

”It is a film about how bad relationships dictate the life of the abused and sedate their self-awareness through fear and habit. I wanted to explore how a community can misunderstand, or even take advantage of vulnerable people, and show how it’s also possible to turn your back on these abuses. “