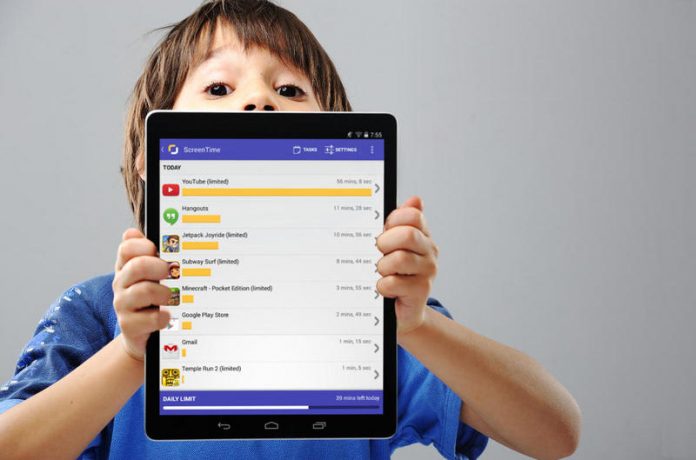 PSYCHOLOGISTS from the University of Salford have written a report providing recommendations for families about the use of mobile phone apps and computer games by children and teenagers.

Dr Gemma Taylor and Dr Adam Galpin from the University of Salford have co-authored the briefing paper – Changing Behaviour: Children Adolescents and screen use – which provides recommendations for families and carers about how to reduce the negative impact technology can have on some young people’s mental health.
The paper, being launched by the British Psychological Society (BPS) also says a lot of the evidence for the negative effects of screen use is not based on robust enough science and calls for more research.
The paper is being launched today, 17th January 2018, at a joint evening event hosted by the BPS and Mental Health Foundation.
Dr Lisa Cameron MP, Mental Health Spokesperson for the SNP and Chair of the All-Party Parliamentary Group on Psychology, will host and chair the event.
With so much hype and confusion around appropriate screen use for children and young people, this paper calls for new guidelines to be built on robust evidence. To do this it makes recommendations for parliamentarians, policy makers and practitioners interested in the impact of social media and digital technology on children and young people’s mental health, as well as to families and carers.
Dr Gemma Taylor, University of Salford and co-author of the report, said: “Digital literacy is considered a highly important skill for children and since 2013 it has been part of the school curriculum.
“However, many parents and carers are still unsure of what amount and type of screen use is appropriate and necessary for their children. Stories reported in the media often sensationalise research findings and present them out of context.”
Dr Adam Galpin, co-author, added: “Yet the evidence base as a whole is undermined by methodological weaknesses, becomes quickly dated, and fails to capture the complex and nuanced ways digital media is used. Families would benefit from balanced and sensible guidance on how to minimise risk and harmful behaviour whilst encouraging positive uses of digital media.”

Mental Health Foundation Director Isabella Goldie said: “Without adequate research we have seen often inconsistent advice being put forward that has done little to help parents. Instead it has left many confused on the effects of screen time on the mental health of their children.

“We need to work alongside young people to learn what works for them in positively navigating digital media. We also need to enable parents to model positive behaviour themselves. But we should also be wary about coming to over-simplistic conclusions which do little to help.”

How to Manage Occupational Asbestos