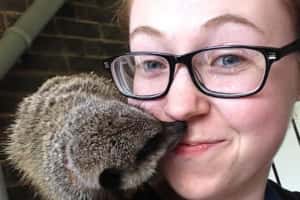 An Independent Office for Police Conduct (IOPC) investigation has found that a lack of resources at Greater Manchester Police (GMP) contributed to a four hour delay in the search for Ellen Higginbottom.

The eighteen year old student was found deceased at Orrell Water Park in the early hours of 17 June last year.

Mark Buckley, 51, from Preston, was jailed for life for her murder in September last year.

The report completed in December, looked at the force’s response to Ellen being reported missing by her father, including the time taken to dispatch officers to search for Ellen at her last known location.

The report found that information about Ellen being missing was placed on the police national computer (PNC) around 15 minutes after the report to GMP, shortly after 7pm on 16 June.

The report was graded as a priority response which, in accordance with GMP policies, should be resourced within an hour. However, dispatching officers to the incident was delayed 13 times due to a lack of available patrols at GMP who were already dealing with other priority incidents.

The report was escalated once, and there was an attempt to find officers from another division but none were available. Shortly after 11.30pm, following a call to GMP from Ellen’s father requesting an update, officers became available and were dispatched to Ellen’s home and began searching for her.

IOPC Regional Director for the North West, Amanda Rowe, said: “Firstly, I would like to reiterate our thanks to Ellen’s family for their assistance with our investigation, and the courage they have shown since her tragic death, and our thoughts and sympathies remain with them. This is a most harrowing case, and our investigators worked hard to ensure our involvement could be concluded as quickly as possible.

“My thoughts are with Ellen’s family, what they have been through is unimaginable.

“We have acknowledged the findings of the IOPC’s report and recognise that the search for Ellen was delayed due to staff resourcing.

“Unfortunately Greater Manchester Police have lost 2,000 officers due to funding cuts, all the while our work has become more demanding.

“Managing this demand with reduced resources is extremely difficult and it is sometimes a challenge to allocate resources to incidents.

“While Ellen’s death would not have been prevented if the search had begun earlier, the delay in being able to allocate officers clearly caused extra stress and worry to her family and friends, for this we can only apologise.

“We will continue to do our best to provide the people of Greater Manchester with the service they want and deserve, and take the findings of the IOPC report very seriously.”

CAN YOU HELP? Police want to speak to this man about a racial assualt...