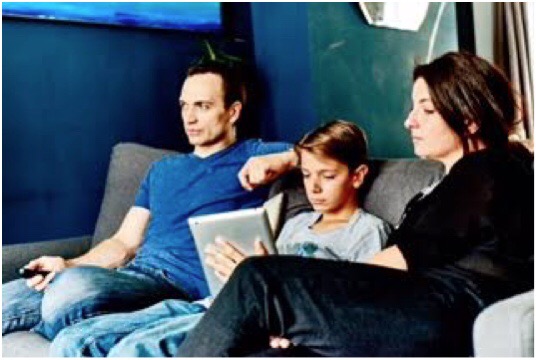 Local relationships charity Relate GMS is preparing for a peak in calls this New Year as relationship tensions between families and couples come to a head over the festive period.

This comes as leading national charities, Relate and Relationships Scotland publish their Happy Families? report which shows that step-family relationships and families with young children are under particular pressure.
Relate GMS received a 54% peak in calls in January 2016. The charity says this is a trend they see every year and staff are bracing themselves for another busy January.

Meanwhile, the Happy Families? report found that 41% of people with a child under 19 said money worries were a strain on their relationship, compared to 26% of those without a child under 16.

Relate counsellor, Clare Prendergast at Relate GMS says that these pressures can become intensified during the Christmas period, contributing to a surge of people seeking relationship support in the New Year. She said: “The new report shows that money worries and place a particular strain on the relationships of couples with children under 19 and that for parents of under-fives, household chores are a real pressure point. With the added financial burden of Christmas and the work that goes into preparing the home and tidying up afterwards, it’s no wonder that rows and tears during this period are common.

“These findings also indicate some of the challenges families can face following the breakdown of a relationship and blending families. Step-mums can feel pressure to be maternal and are more likely to face rejection from their step-children, and step-kids can find themselves caught between biological parents and new family members. Christmas can be a time when all these issues come to the surface. If you’re experiencing any difficulties, we’d urge you to contact Relate GMS at the earliest possible stage.”

Relate isn’t the only organisation which sees a peak in calls in the New Year. Simpson Millar also get much busier and find this is when a lot of divorces are initiated: Peter Morris, National Head of Family Law at Simpson Millar, added: “The seasonal spike in enquiries is a reality for professionals dealing with relationship breakdown. There are in fact two spikes, peaking after winter and summer holidays. This is not to say holidays cause divorce; it just shows a correlation between divorce and the post-holiday seasons. Help is out there and all responsible family lawyers would encourage couples experiencing relationship breakdown to contact Relate whatever the season.”