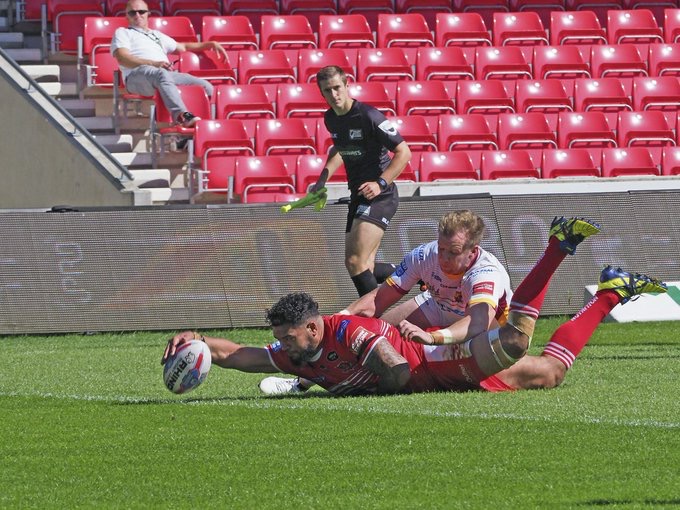 With just three games of the regular season left, Salford Reds regained second position in the Betfred Super League table with a 36-20 win over the Huddersfield Giants at the AJ Bell Stadium.

Tries from O’Brien, Sa’u, Murdoch-Masila, Lui Johnson and Welham saw the Reds  record their second win over the Giants this season with a thirty six point to eighteen defeat.

“It was a big one for us to win after three losses, especially after the results elsewhere this weekend fell for us.

“We worked really hard for each other and our eagerness shone through. They want to work hard and they want to be successful.

“Our game management was really good and that’s important in the big games.”

The Reds are now eight points behind leaders Castleford, who they visit on 16 July.

Rugby Football League headquarters to move to the Etihad Campus