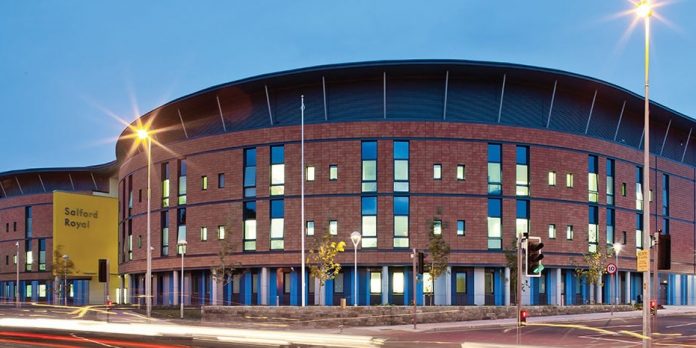 There were a total of 38 deceased organ donors from Salford Royal, which lead to more than 125 life-saving transplants. A decade ago, in 2007/08, there were 14 deceased donors recorded.

The latest figure is the fourth highest in the country, compared to other NHS Trusts.

NHS Blood and Transplant (NHSBT) released the statistics to mark the publication of the annual transplant activity report, which reveals there is growing support for organ donation around the country. Overall, a total of 1,574 people saved lives through deceased organ donation over the past 12 months.

Dr Chris Booth, Consultant in Intensive Care Medicine and Anaesthesia and Clinical Lead for Organ Donation at Salford Royal, said: “It is a marvellous achievement to have helped transform the lives of so many transplant recipients through organ donation at Salford.

“Our success is a testament to the dedication, commitment and team working between Salford Royal staff and NHSBT. Most importantly we want to highlight the generosity and altruism of our donors and their families, who have made a positive decision at an incredibly difficult time, and without whom it would not have been possible to help so many people.”

The overall national shortage of donors remains and around three people still die in a day in need of a donated organ with many people having never told their relatives they want to save lives.

Sally Johnson, Director of Organ Donation and Transplantation for NHSBT, said: “Organ donation is the only hope for many desperately ill people. We know many families feel a sense of pride and comfort from their decision to save lives through organ donation. We want more people to have that opportunity to save lives.”

Salford Royal’s annual North West Donation Games event will be held on Friday 7 September at Media City, Salford Quays. Teams are invited to go head to head on a giant ‘it’s a knockout’ style inflatable obstacle course to raise awareness about organ donation and the lives that have been saved as a result.

For details on how to register for the event contact raynie.carson@nhsbt.nhs.uk

Information on signing the organ donor register can be found at www.organdonation.nhs.uk