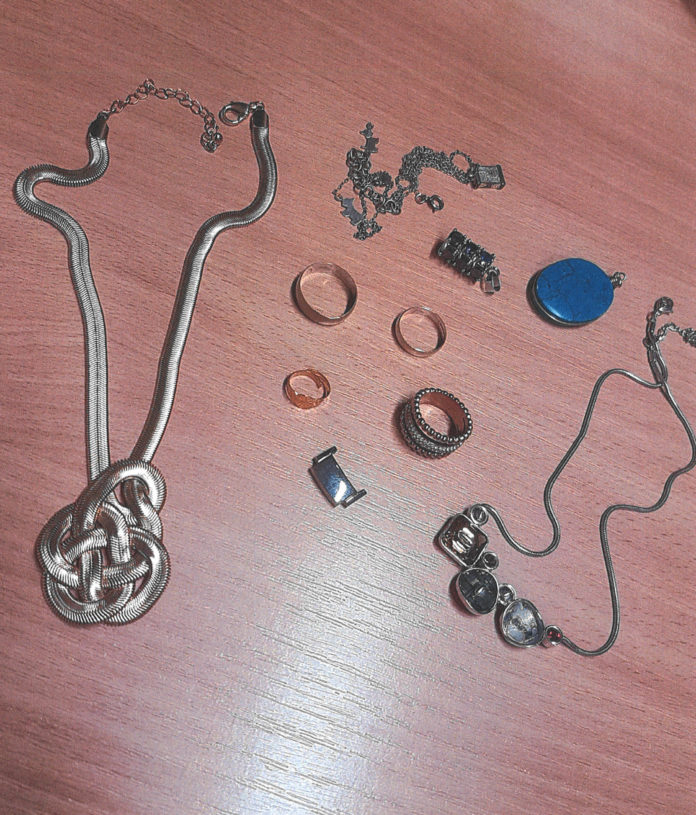 Police are trying to trace the owners of jewellery which is suspected to be stolen after a search warrant was carried out at a house on Alva Road in Oldham as part of enquiries into a burglary in Altrincham.

A 28-year-old man was arrested on suspicion of burglary and has been released under investigation while enquiries continue.

Among items recovered were several pieces of jewellery which detectives suspect may be stolen.

Officers have issued photographs in a bid to get the owners to come forward.

Detective Constable Amanda Tootill, from GMP’s Trafford division, said: “I am appealing to anyone who recognises the items or has any information about them to contact police so we can reunite them with their owners.

“They might not be worth much but could have a significant sentimental value and we want to find out how the items came to be at the address we searched.”

Anyone with information should contact Greater Manchester Police on 0161 856 7747or the independent charity Crimestoppers, anonymously, on 0800 555 111.