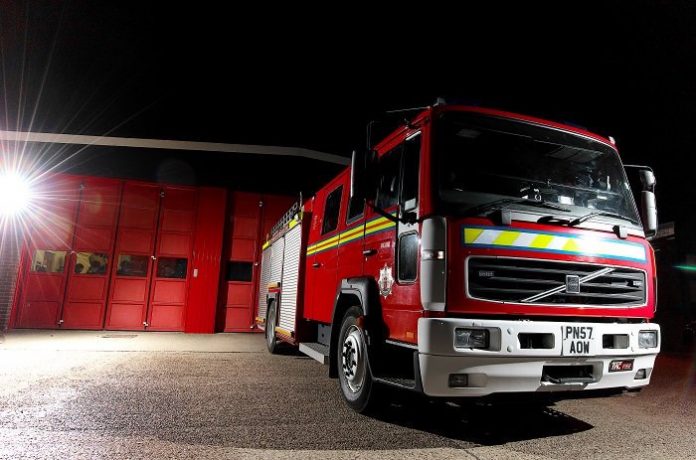 Around 40 firefighters have dealing with a large fire at a commercial warehouse in Dukinfield this evening.

Firefighters in breathing apparatus are using five jets and an aerial appliance to bring the fire under control.

Residents in the nearby area are advised to keep their windows and doors closed due to a large amount of smoke in the area.