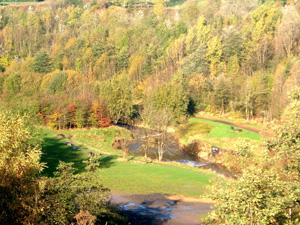 As part of the Government’s 25-year environment plan launched today, Greater Manchester has been announced as the UK’s ‘Urban Pioneer City Region’, bolstering the region’s green credentials and providing a significant boost to its ambition to become the greenest city region in the UK.

The Government’s department for the environment, food and rural affairs (Defra) has developed an ambitious 25-year environment plan that will help to shape their long-term approach for the UK’s natural environment.

As part of the plan, Defra has established pioneer project areas in four distinct national locations and settings to trial and test new ways of working that benefit the local environments. The settings are a river catchment (Lancashire and Cumbria), an urban area (Greater Manchester), landscape (Devon), and marine (east and west coastal locations).

The ideas that are developed as part of these projects can be used in other parts of the country to help everyone make better decisions to protect and improve the environment.

Cllr Alex Ganotis, Greater Manchester’s Green City Region lead, said: “That Greater Manchester has been selected to be the UK’s national urban pioneer city region is testament to the hard work being done by our local communities and partner agencies to better support our environment and achieve carbon neutrality.

“This will also feed into the work of our Green Summit in March, where we will be developing our ambitious goal of becoming a carbon-neutral city; acting now to prevent further damage to our environment and create a greener, healthier and more attractive region for the people who live and work here.”

The Green Summit, called for by the Mayor of Greater Manchester, Andy Burnham, takes place on 21 March 2018. Following a consultation phase, it will bring together environmental experts, interest groups, partner agencies, academics and local people together to establish a ‘green charter’, accelerate Greater Manchester’s green ambitions, and explore the earliest possible milestones for achieving carbon neutrality.