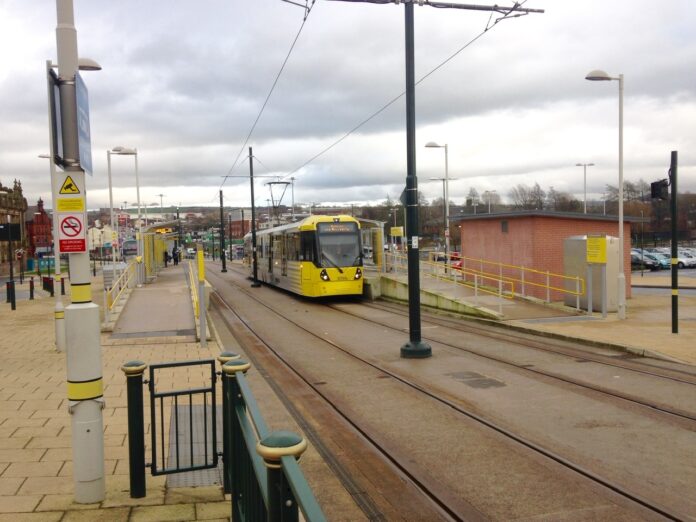 The analysis by the right wing think tank Onward UK found that residents fear using it due to crime and that the town centre was already on the edge and when the tram came, it pushed it over.

One resident is quoted saying that

“I can see Manchester now, the skyline is a New York type skyline, and what worries me is like New York you almost get sort of ghetto pockets around the affluent area, and that worries me that it’ll happen to our town.”

The MetroLink extension to Oldham first opened in 2014, providing a direct route into Manchester city centre. It brought the central business district within a commuting distance, almost doubling the number of jobs accessible within 60 minutes compared to those available locally.

It also gave residents access to amenities in the city centre, including theatres, restaurants, and shopping centres like the Arndale. This clearly aligns with the Government’s vision for the role of transport in Levelling Up.

However the report says the tram has not been a success story.

Before the pandemic wages of residents and workers in Oldham were almost identical to each other – indicating that there are a negligible number of commuters working in areas with higher productivity.

In nearby Bury, residents earned £91 more than workers, and in Trafford that figure was £130. Ridership in Oldham on the tram has also plateaued in recent years, including the period before the pandemic.1 This suggests that, despite having good access to jobs by public transport, Oldham has weak labour mobility compared to nearby boroughs.

One reason they say may be crime.

Many residents said that the tram simply isn’t safe. Antisocial behaviour on the network is high, as well as instances of more serious crime.

A female participant in one of the focus groups said that “you take your life into your hands for a £3.60 return”. Some employers have taken to introducing their own minibus services for workers, so they don’t need to risk getting on the tram or the bus network.

Concerns are most acute for young women or people travelling alone, particularly in darker hours – which impacts on commuting during winter months.

Oldham’s economy says the report lags behind much of the rest of the UK – its GVA per head is almost £6,000 lower than the national average and people there have around £4,000 less disposable income than elsewhere. Onward’s interim report calls on local leaders to grow the private sector, particularly in areas such as advanced manufacturing or logistics. At the same time, they should support existing businesses by boosting Oldham’s town centre footfall.

Business and political leaders highlighted that young people lack basic skills in Oldham: the number of pupils in the town attending underperforming schools exceeds the national average at both primary and secondary level. To tackle this, Onward proposes that local leaders improve school quality and facilitate better links between local employers and the college. Public sector organisations in the town should also recruit more apprentices.

Focus groups reveal that Oldham suffers from a lack of local pride, community safety and cohesion. This is backed up by Onward’s Social Fabric Index which finds that the town has a weak social fabric compared to the UK average.

To tackle these problems Onward proposes that the relevant authorities bring local assets such as clubs and vacant shops into community ownership, bolster youth services and hire more PCSOs.

Satisfaction with the council and other authorities is low in Oldham. Local leaders should find ways to increase these through better involving civil society with their decision making and expanding parish councils in the borough.

Police given more powers from crime crackdown as Section 60 order implemented over Strangeways...