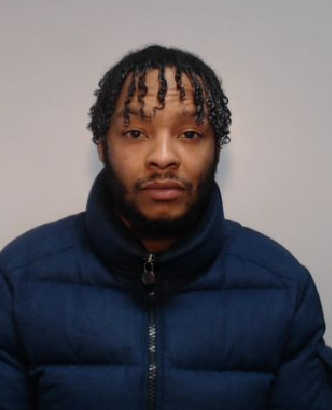 A rapist who twice attacked a woman after a New Year’s Eve party in Ashton-under-Lyne has been jailed for 11 years.

Anton McPherson aged 30, of no fixed abode, was sentenced today at Manchester Minshull Street Crown Court after being found guilty of two counts of rape on a 27-year-old woman in January 2019.

McPherson, the court was told, had committed the attacks following a New Year’s Eve party

The victim was sleeping in a separate room to McPherson but woke up to find him on top of her and that he had been raping her.

The woman tried to move McPherson off of her by waking him up and asking for a drink, when he proceeded to rape her for a second time.

After his arrest, McPherson denied the assaults and pleaded not guilty to both counts of rape.

He was later found guilty by a jury before being sentenced today to 11 years and three years extended on his license.

Detective Constable Darren Bratby, of GMP’s Tameside division, said: “These were truly horrific attacks for this victim to endure while innocently lying in bed after a night out to celebrate the New Year.

“McPherson’s vulgar actions were nothing short of predatory; the woman somehow managed to remain calm in trying to move him off of her after the first attack, but he then went and raped her again and this was utterly incomprehensible and demonstrated what a danger this man is.

“We have ensured that the victim has received appropriate support via our specialist officers and partners. I hope today’s verdict brings this terrible matter somewhat to a close for her and her loved ones.”