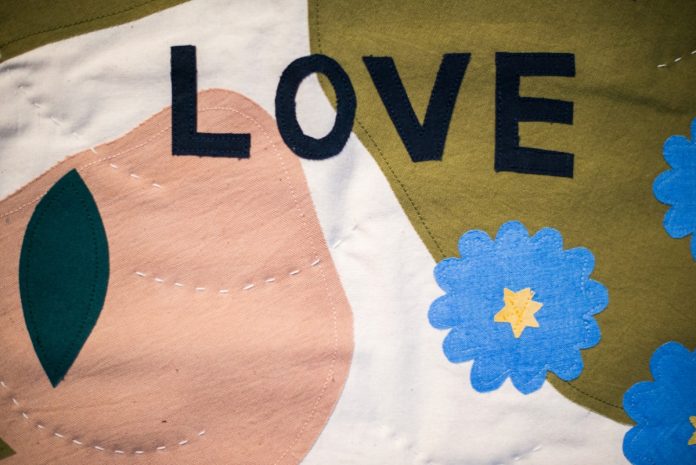 The People’s History Museum is hosting an evening of conversation and creativity with the National Trust’s Dunham Massey and Women in Print in the latest of its Radical Lates programme of events. Women and Power takes place on Thursday 13 September 2018 (6pm-7.30pm), including a workshop led by artist Lucy Ketchin.

The evening takes inspiration from Women in Print’s project to shine a light on the women who have played their role in the history of Dunham Massey, but whose stories were not told in their time. The theme of Women and Power will be explored through conversation with the Women in Print curator Jane Bowyer and National Trust volunteers. There will also be an experimental workshop led by illustrator Lucy Ketchin.

Women in Print is dedicated to using print to tell the stories of women, working with artists, designers, illustrators and makers in the north of England. Lucy is one such artist, who as part of the Radical Late event will be helping guests to make individual banners that tell of the influential women who raised, shaped and influenced them. With a love of colour and craft, Lucy will demonstrate how she works with paper and fabric to create forms and shapes featuring nature, folklore and the everyday.

The People’s History Museum’s galleries, where its permanent collections are showcased, will be open throughout the evening. There is also the chance to see its latest exhibition Represent! Voices 100 Years On, which reflects on those who have campaigned for better representation and how far we’ve come in the 100 years since the Representation of the People Act gave most men and some women the vote, fundamentally changing the way in which they were represented in Parliament.

Items on display as part of the exhibition include lots of visual, colourful and creative pieces including the Manchester suffragette banner which takes its place alongside sashes, brooches, photographs and cartoons, all helping to paint a picture of what representation has meant since in 1918.

Radical Lates is the People History Museum’s monthly programme of events that give visitors the chance to explore the history of democracy and ideas worth fighting for after hours. Each month has a different theme and introduces different organisations and thought leaders who bring interesting ideas to the fore.

The event is suitable for those 16+, is a drop in with no booking required and guests are asked to ‘pay what they feel’. The Left Bank cafe bar will also be open throughout the evening and museum shop, both of which offer a 10% discount on the night to anyone attending the event.

People’s History Museum is open seven days a week from 10.00am to 5.00pm, and is free to enter with a suggested donation of £5. Radical Lates are the second Thursday each month, when the museum is open until 8.00pm with a regular programme of events that take place across the whole building including the main galleries.

Coming soon…October’s Radical Late on Thursday 11 October, 6pm-8pm, will be a Fawcett Society Centenary Celebration. A free networking event that marks the centenary of the first women gaining the right to vote.

To find out about visiting, its events programme and more, visit phm.org.uk.

This bank holiday – free Opera On The Terrace for all