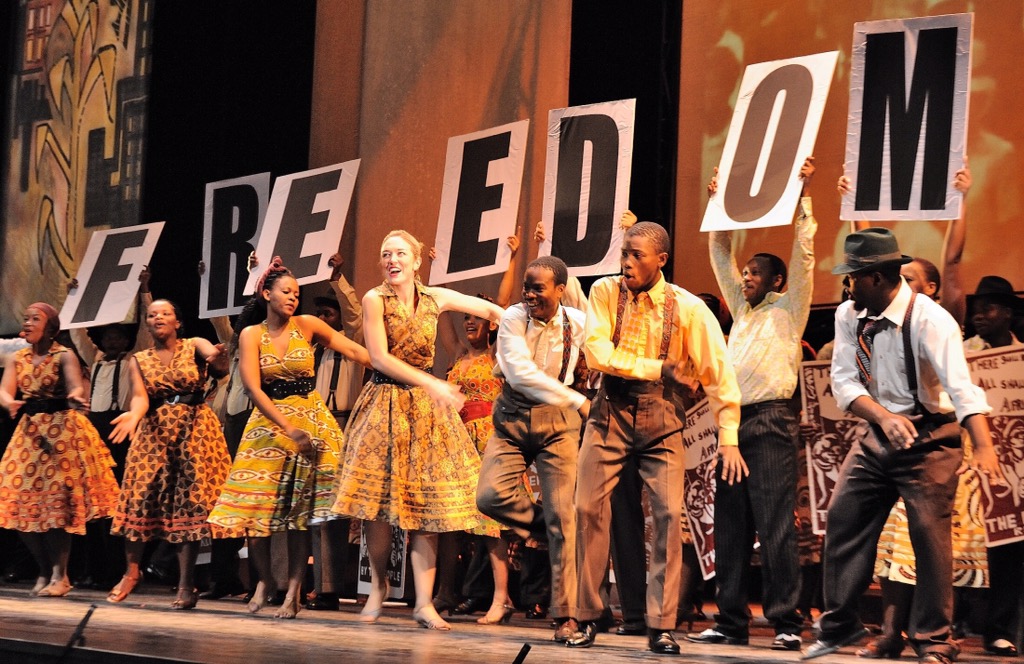 Mandela Trilogy, written and directed by Michael Williams with music by Peter Louis van Dijk and Mike Campbell, is a musical tribute to the life of Nelson Mandela and had its European premiere at Wales Millennium Centre in 2012.

Showcasing the talent of the hugely gifted Cape Town Opera’s company, this production will offer audiences a wonderful spectacle with its exceptional cast, award-winning chorus and original score. I’m delighted we are able to share the story of Nelson Mandela’s heroic and inspirational life, two years after his death. This tour is another step in the development of collaborative and exchange projects between the Centre and our strategic partner – Cape Town Opera.”

From tribal initiation rites on the banks of the Mbashe River, through the heady and rebellious jazz-fuelled days in Sophiatown, to incarceration and reflection on Robben Island and finally beyond, to freedom – this is the story of one of the world’s most iconic figures.

The amazing life of Nelson Mandela is brought vividly to the stage by Cape Town Opera in a large-scale celebration and tribute to the man who touched hearts and minds around the world.

Told in three parts by a cast and orchestra of over 60 South African performers, the music matches the vastly different phases of Mandela’s journey from freedom fighter to president. The upbeat jazz and swing-influenced songs of Sophiatown are framed by musical styles more familiar in contemporary opera – with a dash of Xhosa folk music that grounds the production in its African roots.

Written by two different composers, each Act is in stark contrast to the others, but with an over-arching dramatic theme that shines a light on the life of an extraordinary man.

Marks and Spencer to launch its fill your own container range at Manchester City...