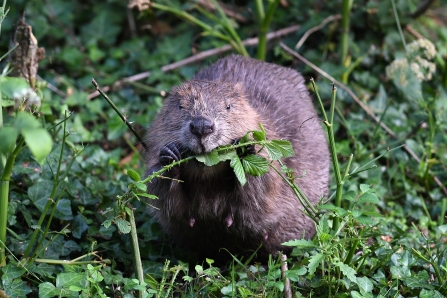 The Country’s Wildlife Trusts, a movement of 46 charities across the UK, are, like others, dealing with unprecedented challenges caused by coronavirus.

Restoring nature in the UK – one of the most nature-depleted countries in the world – has become harder than ever during the pandemic. At the same time, people are seeking solace in nature to relieve the hardships caused by lockdown.

Many Trust staff are furloughed and those that remain in post have found valuable time is being lost to a proliferation of illegal activities such as shooting wildlife and fly tipping.

Meanwhile, vital conservation work has had to be put on hold – leading to an explosion of invasive non-native species, deterioration of rare wildflower meadows, stalled wildlife reintroductions and potential loss of species such as dormice from some areas.

“People are discovering that they want and need to connect to nature more than ever – they’re finding solace in nature, using our inspiration to help wildlife in their gardens and balconies and educating their children about the natural world. Huge numbers of people are enjoying our webcams showing springtime nature, barn owl chicks hatching and puffins emerging from burrows. But it is local nature – in walking distance or short bike ride from home – which is particularly important for peoples’ mental and physical health at this time.

That’s why it’s The Wildlife Trusts, who care for 2,300 reserves – most of them close to where people live – that are at the sharp end of trying deliver this public service. But these are desperate times for our movement as income from visitor centres and fundraisers has crashed yet the demands of caring for thousands of nature reserves are higher than ever. We’re also heartbroken that so much valuable work restoring large areas of land has been put on hold and some species will lose out as monitoring and reintroduction programmes stall.

With the Environment, Agriculture and Fisheries Bills all now delayed, we have profound concerns about whether these critical pieces of legislation will become law – and enforcement bodies will be in place – before the Brexit transition period comes to end on December 31st.  The challenges faced by the natural environment have never been greater and we need both government and public support.”