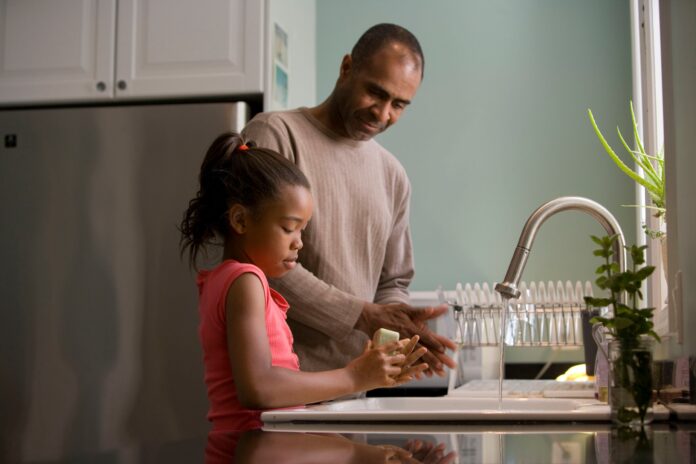 Robust strategies are needed to prevent in-household transmission, particularly within large, multi-generational households and this should now be a core part of government strategy for controlling the spread of the virus say experts.

Dr Shamil Haroon, of the University of Birmingham’s Institute for Applied Health Research, says: “Recent outbreaks of the virus in English towns such as Oldham predominantly involve communities with large, multigenerational households. Within household infection is thought to be responsible for around 70 per cent of SARS-CoV-2 transmission. Until an effective vaccine is available, strategies to prevent household transmission need to be prioritised.”

Measures recommended by the team include the effective isolation of the family member first showing symptoms of the virus.The wearing of facemasks within quarantined households, ideally as soon as infection is suspected or confirmed.

A renewed emphasis on personal hygiene, including cleaning and disinfecting shared toilets, door handles and other common spaces and staggering meal times in households where infection is suspected or confirmed.

The team also recommends the use of special isolation facilities for those who are unable to successfully self-isolate. This could be in field hospitals, or in hotels and hostels – an approach already adopted by several European countries. Effectiveness would depend on reliable and rapid testing measures being implemented. This would enable speedy identification of cases where isolation would be an appropriate intervention.

Co-author, Professor K K Cheng said: “The epidemic in Wuhan was only brought under complete control when “Fangcang” field hospitals were introduced to centrally isolate cases. In the UK, it should be possible, for example, to repurpose the Nightingale Hospitals to support isolation of infected individuals with mild-to-moderate symptoms.

“Public trust and confidence that isolation in these facilities is voluntary, safe and supportive is critical. We believe this approach should be evaluated as a matter of urgency. It is high time that the UK government amend its mantra of ‘test and trace’ to ‘test, trace, isolate and support’.”

Co-author Dr Joht Chandan, from Warwick Medical School at the University of Warwick and the University of Birmingham added: “Household quarantine is likely to remain an important pandemic control measure. Encouraging simple interventions like the wearing of face coverings within quarantined households and providing clear advice on enhanced personal hygiene and the cleaning of shared spaces would be steps that could be vital in protecting the most vulnerable individuals within multi-generational households.”

“This is the protection we’ve been waiting for” – vaccinations completed across Manchester’s care...