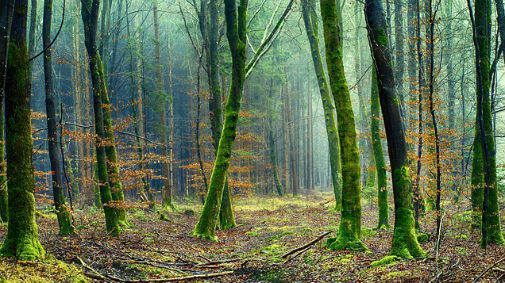 As the last ice age came to an end and the planet warmed, the Earth’s vegetation changed dramatically, researchers have shown.

The current warming from climate change may drive an equally dramatic change in vegetation within the next 100 to 150 years unless greenhouse-gas emissions are reduced, the scientists report.

Researchers at the University of York, as part of an international research team led by the University of Arizona, used previously published research, covering 594 sites, which calculated how the temperature changed from the height of the ice age 21,000 years ago to the pre-industrial era for sites throughout the globe.

The team used their analysis of how vegetation changed after the last ice age to project how much current ecosystems could change in the 21st century and beyond as global warming progresses.

Professor Robert Marchant, from the University of York’s Department of Environment and Geography, said: “There are two main differences between the current warming we are experiencing and that of the past, and in this we can see there are significant challenges that lie ahead.

“Firstly, due to changes in land use, ecosystems do not have the ability to adjust their ranges as they had in the past, and secondly we are presently going from a warm environment to an even warmer one.

“Unprecedented times lie ahead that require drastic action if the ecosystems as we know them will be there in the future.”

The team classified more than 67 percent of the vegetation changes as high and at least another 26 percent as moderate. The changes were especially pronounced in the mid-to-high latitudes in North America, Europe and South America – the regions that were most heavily glaciated and therefore had warmed the most since the ice ages.

The regions of the world that had the biggest temperature increases since the ice ages also had the greatest changes in vegetation, the team found.

The Earth warmed 4-7°C since the last ice age. Climate change projections indicate the world will warm about that much in the next 100-150 years if greenhouse-gas emissions are not reduced substantially, the report suggests.

Stephen Jackson, Professor at the University of Arizona’s Department of Geosciences and Director of the US Geographical Survey’s Southwest Climate Adaptation Science Center, said: “The warming projected for the 21st century and beyond will occur much faster than it did in the past.

“We’re talking about the same amount of change in 10 to 20 thousand years that’s going to be crammed into a century or two. Ecosystems are going to be scrambling to catch up.

“This would mean, for example, that the areas devastated by the recent forest fires in Western US, might not grow back with the same species that had been there before.”

5 reasons why travelling is good for your mental health