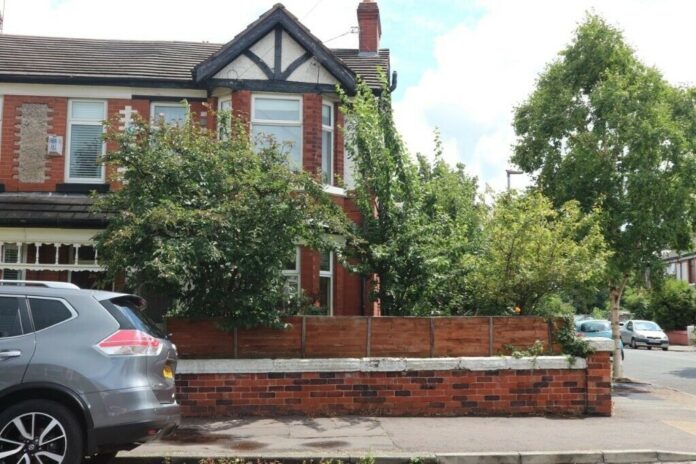 A woman who was seven months pregnant was knocked to the floor while parking her Black Audi Q7 on Nicolas Road in Chorlton after she was approched by four men.

The men drove away toward Oswald Street, Chorlton. The vehicle was later recovered on Blackbrook Road in Hulme.The offenders were in their late teens.

One offender was described as white, approximately 17-18 years old, of slim build, wearing red gloves, a grey hoody and a black bomber jacket with an insignia on the upper left arm. He was also wearing a blue disposable mask and a black skull cap.

A second offender was described as black, 17-18 years old, of slim build and around 5’10”. He was wearing a black bomber jacket with white zip and purple lining, charcoal grey tracksuit bottoms and a black rucksack. He was not wearing a face covering.

A third offender was described as black, 17-18 years old, of slim build and around 5’10”. He was wearing a deep blue jacket, white trainers with a white tongue and red lining, black trims and a red sole.

A fourth offender was described as mixed race, 17-18 years old, of slim build and around 5’8 to 5’9” tall.  He had dark loose curly hair that stuck out from underneath his dark black/grey hood.  He wore a blue disposable facemask covering the lower part of his face.

PC Colin Ridgway of GMP’s City of Manchester Division, said: “Thankfully the lady was left unharmed following the incident but has been left understandably shaken and upset.

“It’s beggars belief that someone could do this to a woman who is clearly pregnant. We are doing all that we can to support her and to find the men responsible for this appalling crime.

“We will do all that we can to bring these men to justice.  We are appealing for anyone who may have witnessed the incident or the vehicle being driven in the area, has CCTV or dashcam footage, or who may know the men responsible, to come and talk to the police.”