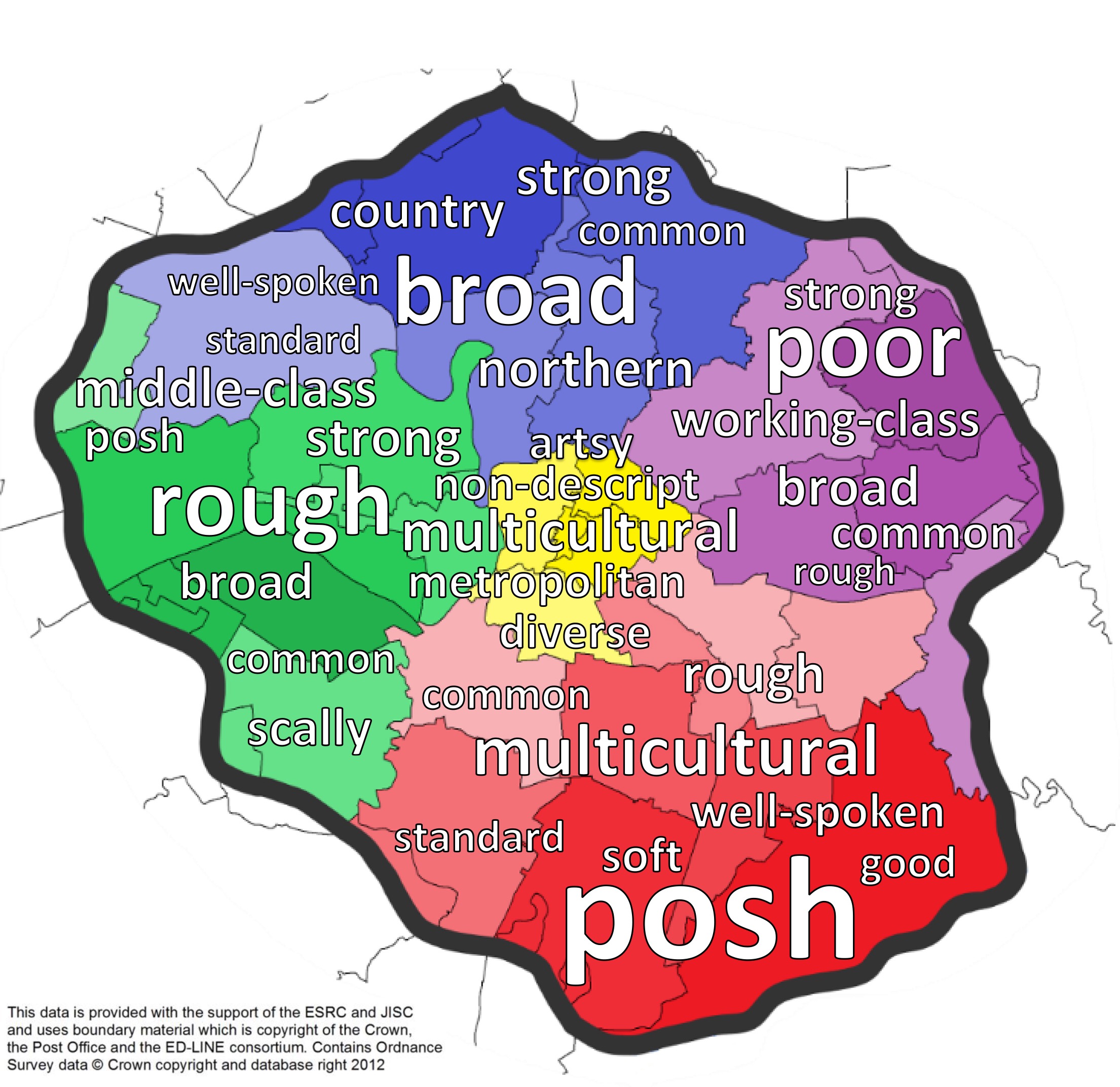 Do you talk posh, broad, common or even scally?

That was the question that Dr Erin Carrie and Dr Rob Drummond, linguistics at Manchester Metropolitan University asked when they sent twenty of their final year students around the area to carry out  a “perceptual dialectology” project, a type of study that asks non-experts to identify accents and dialects and give their opinions about them.

Which part of the region, within the M60, you live in seems to determine how your dialect is perceived. the further south you go, the more well spoken, the further North, the more broad, whilst pereceptions of poshness or otherwise vary from area to area.

Other terms, mostly fixed around the city centre included, artsy, multicultural and metropolitan.

It was, thinks Dr Carrie, the first time that this type of study had been carried out in a UK city and was a response to the lack of any concrete empirical studies of language and dialect across the region.

So with blank maps of Manchester in hand, each student went in search of people who were living in Manchester and willing to take part in the study.

Participants were asked to draw borders on the map to show areas where they thought people spoke differently from others and to provide words to describe the accents and dialects of each area that they had identified. They were also asked to provide some information about their age, gender, place of origin and place of residence.

The resulting maps were analysed, and from them the team created a composite map showing where the major dialect areas were perceived to be. The map shows different colours for each area, with the darker sections indicating their ‘cores’. The most commonly used words to describe each area were added to the map, with the size of the word indicating the frequency with which it was used.

What the study showed was five clear dialect areas, with words characterising each. The findings suggest says Dr Drummond that “perceptions of accents and dialects in the city are closely linked with social stereotypes about the people who speak them, and several of the words that were provided appear to be descriptions of people or areas rather than accents or dialects.”

Amongst the findings, in what the authors admit is a small study, was the use of the word scally, ginnel, meaning alley, the emphasis on the  ‘aaaaah’ at the end of words and the rolling of the letter R.

Follow-up studies are planned for the 2015-16 academic year, with the aims of consolidating the findings of the project and pursuing this area of research within the Department of Languages, Information and Communications at Manchester Metropolitan University

Helping the NHS save millions

Government must be honest about nurse numbers and invest in the profession, says RCN,...